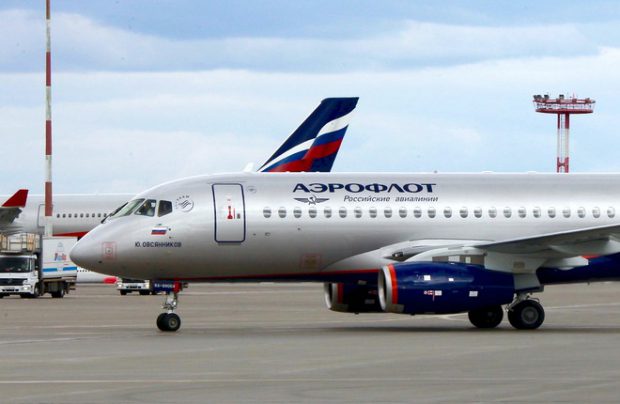 Aeroflot, Russia’s state-owned flag carrier, has signed a preliminary agreement for the purchase of 100 SSJ100s in September 2018, with deliveries planned to commence in 2019 through to 2026 (Aeroflot)

The Russian government has found a way to finance the agreement between Sukhoi Civil Aircraft Co (SCAC) and national airline Aeroflot for the acquisition of up to 100 Superjet 100 (SSJ100) regional jets. The funding mechanism will be through the VEB Russian state development corporation which purchases the aircraft for US$3.8 billion over a period of six years through to 2026 and then arranges their operating leases on 12-year terms to Aeroflot. VEB (formerly known as Vnesheconombank) is essentially an investment bank which supports Russia’s large-scale projects by raising funds in partnership with commercial banks.

There is still no final decision on the sourcing of the funds, nor on its compensation mechanisms.

VEB is still counting on gaining support from the federal budget, whilst Aeroflot is in no hurry to lease even the batch of ten SSJ100s scheduled for delivery this year. The airline’s board of directors has approved only half of this number so far.

VEB’s willingness to purchase 100 SSJ100s from Sukhoi Civil and lease them to Aeroflot was announced on October 30 by Russian prime minister Dmitry Medvedev, who also acts as the head of VEB’s supervisory board. Based on the amount required to close the deal – US$3.8 billion up to 2026 – one aircraft will come at a cost of US$38 million. Igor Shuvalov, chairman of VEB’s supervisory board, explained that the state corporation has created several financing options, which it has submitted to the government for further review and finalisation by the finance ministry. “This is a complicated transaction. It requires both capital for VEB and liquidity,” he commented. “We have elaborated several options, which include certain guarantees from the government, or the implementation of some other [unspecified] schemes,” Shuvalov concluded.

As the type’s largest customer, Aeroflot today operates a total of 49 Superjet 100s (one was lost to a fire after a crash landing at Sheremetyevo in May). During the past summer, industry leaders assured that the contract for the first 10 out of the 100 ordered jets would be closed before the end of the year. However, as of now, Aeroflot’s board of directors has approved the financial lease of five aircraft only and announced a tender to select the lessor, the results of which have not yet been disclosed.