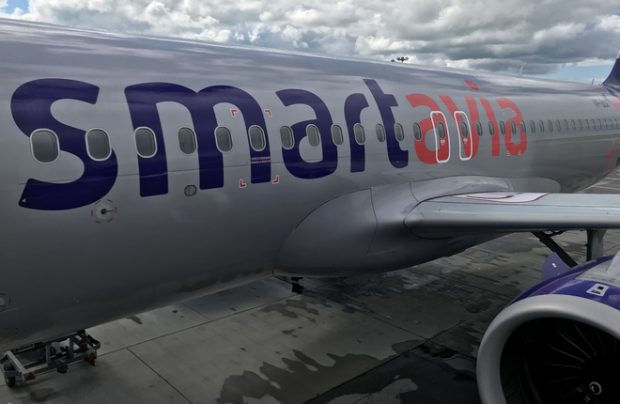 Implementing a new five-year strategy, the Russian private regional airline Smartavia intends to transform itself into a client-oriented low-cost carrier and will commence deliveries of up to 40 factory-new aircraft of the Airbus A320neo family starting next year. The company expects to effectively use the modern aircraft to significantly expand its route network by 2025 and carry 16 million passengers per annum to become one of the five largest air carriers in the Russian Federation.

The practical implementation of the first stage of the strategy began this year with the introduction of its first Airbus A320neo aircraft. On May 27, the airline put into commercial operation its second A320neo and has already accepted its third aircraft of the type from a leasing company. These aircraft came from the aftermarket. But from 2022, Smartavia will begin receiving brand new aircraft of the A320neo family for the first time in its history at the rate of no less than seven aircraft per year. As far as next year is concerned, firm contracts have already been signed with leasing companies for the supply of seven aircraft, and commitments have been reached on eight more aircraft for 2023, the airline confirmed to Russian Aviation Insider.

All aircraft will have a 180-seat all-economy class layout and powered by CFMI’s LEAP-1A engines. Starting from 2024, the airline may be taking a number of the larger A321neo aircraft though.

To become a low-cost carrier, Smartavia intends to create an efficient economics of the business, attract passengers with affordable fares and keep them by being customer-friendly. To ensure a high utilization rate – up to 5 thousand hours per year for an average listed aircraft – the company has reached agreements “with almost all its partner airports” on aircraft turnaround time, reducing it to 40 minutes. The route network is planned in such a way as to achieve the maximum possible aircraft utilization.

To increase the passenger load factor (which is currently stands at 86 per cent), the carrier offers attractive unbundled fares (which, according to the company, decreased by 25-50 per cent compared to last year), and to increase passenger loyalty provides “maximum possible service level” given budget model (for example, it is testing on-board entertainment and service system Smartavia WOW!).

As for the geography of flights, Smartavia is expanding its presence in three directions: at the north-west, south of the country and at Moscow. Currently about 95 per cent of its operations are domestic flights.

For now, the airline’s fleet consists of 12 Boeing 737-800 and -700 aircraft, as well as two A320neos. Boeing’s aircraft will remain in service until the end of their lease term, and decommissioning will begin in 2023.

Although the A320neo will become the backbone of its fleet within 5 years, Smartavia still does not rule out the emergence of a Boeing 737MAX in its fleet in the future – the type that the airline has always preferred, but due to problems associated with it, cannot be acquired.