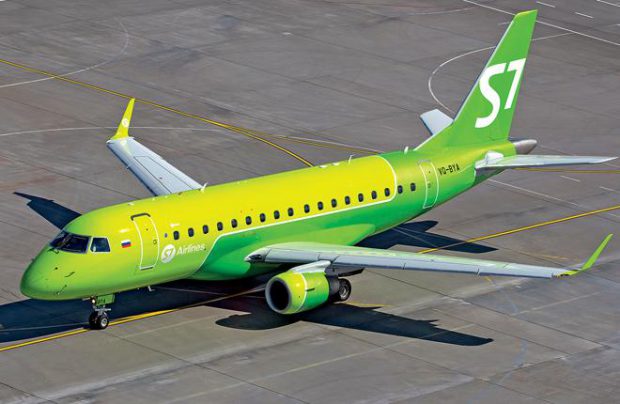 Russia’s S7 Airlines (Sibir) has launched scheduled services between Moscow (Domodedovo) and Gomel, a city in the east of Belarus, thereby becoming the first Oneworld global airline alliance member to penetrate the air travel market of that country.

The new service is currently operated three times a week, using 78-seat Embraer E170 aircraft, but the airline has rights for daily operations.

“Passengers from Belarus, who often visit or work in Russia, will benefit from the convenient connections through Domodedovo, enabling them to continue their travel to St Petersburg, Sochi, Tyumen, Irkutsk and dozens of other destinations,” observes Igor Veretennikov, the airline’s chief commercial officer. “Also, popular destinations in the CIS, such as Yerevan [in Armenia], Baku [in Azerbaijan] and others will be within several hours of flight,” he adds.

The Belarus route is thus far the only international sector from Moscow that S7, Russia’s second largest carrier, operates utilising its recently-added fleet of 17 E-Jets. From St Petersburg, these aircraft are now taking passengers to Berlin and Copenhagen. Otherwise the regional aircraft serves mostly domestic destinations.

Meanwhile launch of a number of new routes, both domestically and internationally, helped S7 Airlines, which served 1.3 million passengers in the month, hit a five-month record high with a traffic growth rate of 10.8 per cent over the same month in 2017