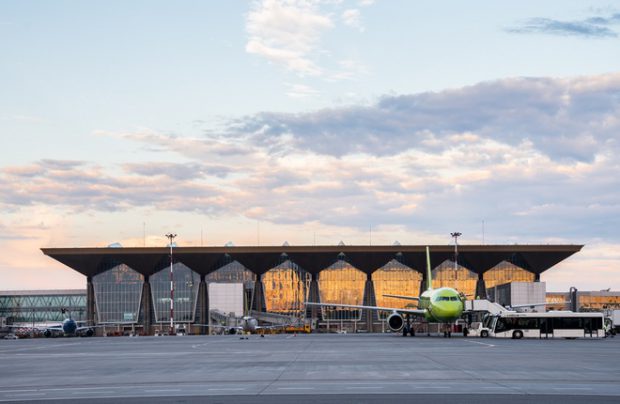 In the first five months of this year S7’s traffic contribution through St Petersburg grew to 473,300 passengers (NCG)

Russia’s S7 Airlines (the brand name for Sibir Airlines) has launched 10 new routes from St Petersburg for the current IATA summer schedule, expanding last year’s route network from two that linked the city with S7’s bases in Novosibirsk and Moscow, to 18, covering a range of destinations across Russia and beyond.

In doing so, the Siberian airline has become the third biggest traffic generator at Pulkovo, surpassed only by the airport’s base carrier Rossiya Airlines and Aeroflot (both part of Aeroflot Group). In the first five months of this year S7’s traffic contribution through St Petersburg grew to 473,300 passengers, a 9.8 per cent year-on-year growth.

“S7 Airlines is demonstrating a flexible strategy in launching these new routes from Pulkovo,” a spokesperson for the airport’s operator, Northern Capital Gateway (NCG), comments. “They include both thriving international destinations such as Alicante, Copenhagen, Stockholm and Pisa – and routes inside Russia, some of which are supported by state subsidies. Also, during the winter season, the airline has introduced additional routes to popular ski resorts, such as Turin, Innsbruck, Salzburg and Lyon. Some of these destinations were underserved, and some are new in Pulkovo’s network offering,” the spokesperson adds.

The airline is taking advantage of some attractive incentive programmes made available by NCG and the government of St Petersburg, which offer discounts and additional motivation for the launch of those routes which expand presence or boost transfer traffic numbers etc.

S7 Airlines is not the only ‘remote’ carrier to operate intensively from St Petersburg. Yekaterinburg-based Ural Airlines also contributes significantly to Pulkovo’s traffic. Its network from St. Petersburg this summer has grown to 25 routes, mainly to leisure destinations and major cities in the CIS. The top-five Russian airlines league table at Pulkovo also includes Aeroflot’s low-cost subsidiary Pobeda which, with the other four largest airlines, collectively generated 60.4 per cent of Pulkovo’s traffic in the January to May 2017 period.

The airport’s largest international customers are Lufthansa, Belavia, Uzbekistan Airways, Emirates and KLM, which were accountable for a combined total of 463,093 passengers, making up 7.7 per cent of the airport’s traffic in the period.

Pulkovo, Russia’s fourth largest airport by traffic, handled six million passengers in the first five months of this year, up 10.9 per cent year-on-year.