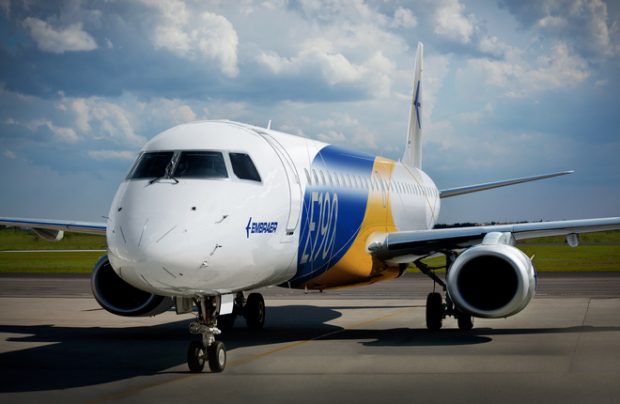 Russian leisure airline Pegas Fly (brand name of the Ikar Airlines) has started taking deliveries of a string of E-Jets, with the arrival of its first Embraer E190 (MSN 19000461), leased from Nordic Aviation Capital (NAC), the Danish lessor has confirmed.

The E-190 is the Krasnoyarsk-based carrier’s latest choice of aircraft, of which it is eventually planning to operate seven: four standard ARs and three longer range LRs.

The fleet expansion programme should help the airline reach its goal of entering Russia’s top-10 league table of biggest airlines.

This will be achieved in 2018 when the airline implements its strategic development plan of expanding its route network capabilities by launching new regular international services, optimising its fleet and adding more aircraft.

“2018 is the year of expansion and development of our fleet,” stresses Oguz Senol Yuce, vice-chairman of Ikar Airlines. “Pegas Fly has successfully managed all the challenges confronting Russian airlines over the past few years – and is now aiming for continued success,” he adds.

The carrier began the process of acceptance of its latest fleet additions in March. The E-Jets are to be based at Zhukovsky airport, near Moscow, and are expected to be operated primarily on international routes.

The new arrival is a seven-year-old Embraer ERJ-190AR (production serial number MSN 19000461), is powered by GE CF34 engines, and was previously operated by American regional airline Frontier. The aircraft has been given the registration number VP-BZC.

Pegas Fly and NordWind, the two airline subsidiaries of Russian-Turkish travel operator Pegas Touristik, intend to expand their collective fleet to 50 aircraft by the end of this year. Krasnoyarsk-headquartered Pegas Fly currently operates six Boeing 767-300s and four Boeing 737s and carried some 300,000 passengers in the first quarter of 2018, a figure which moved it up to 13th in the passenger traffic ranking of Russian airlines.

Pegas Fly has been given the new IATA code of EO, the adoption of which, it says, “will help to expand our geography of regular, international flying.”

Together, Pegas Fly and Nordwind Airlines offer domestic and international scheduled and charter flights to more than 200 destinations. Regular Pegas Fly services from its two bases at Moscow and Krasnoyarsk, and from over 30 other Russian cities, currently make up 75 per cent of the group’s daily flight services to destinations in Russia, Africa, Asia, Europe, the Middle East and South America.