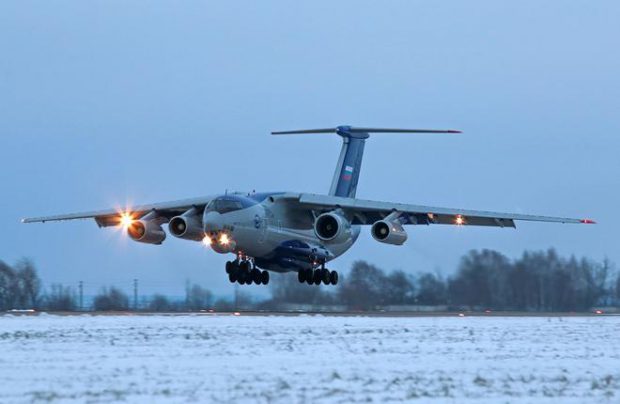 During the second stage the new turbofan will be checked across the entire range of speeds, altitudes and power settings (Photo by UEC)

Russsia’s United Engine Corporation (UEC, part of state-run Rostec) has commenced the second stage of flight testing program for the new PD-14 turbofan engine. This powerplant is being developed for the Russian new-generation narrow-body aircraft, Irkut MC-21. During the second stage the engine’s performance will be checked on the wing of Ilyushin Il-76LL flying laboratory across the entire range of operational speeds, altitudes and power settings, a UEC’s official explained.

Flight testing of the test engine PD-14 no 100-07 are conducted by Gromov Flight Research Institute. The first flight with PD-14 working at maximum thrust setting was made earlier this week. Altogether the second stage comprises 50 flights.

The program reached its milestone two months behind its initial schedule. The second stage of flight test program was initially to start in September this year. Prior to it, the engine’s designer, Perm-based Aviadvigatel (part of UEC), was supposed to resolve all the issues, which arouse during the first stage.

The 15 flights were made during the first stage of the flight testing program throughout 2015 and 2016, at reduced power settings. They confirmed the engine’s performance capabilities. Ground tests of the powerplant are continuing simultaneously.

Certification of PD-14 is slated for 2018, certificate validation in Europe is planned for the following year.