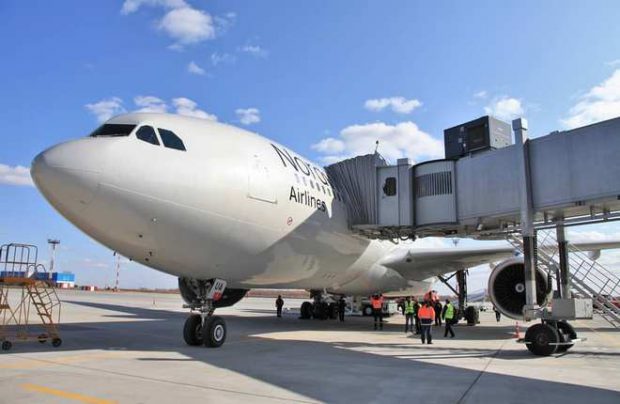 The airline currently operates a fleet of 33 aircraft (Nordwind)

The Los Angeles, California-based Air Lease Corporation (ALC) has announced long-term lease placements for two used Airbus A330-200 aircraft with Russia’s Nordwind Airlines. Previously on a nine-year ALC term lease with Vietnam Airlines, these aircraft will be delivered to the Moscow-based Nordwind Airlines “in the spring,” the lessor says in a statement.

Nordwind Airlines is a Russian leisure carrier established in 2008 and headquartered in Moscow, with its main hub at Sheremetyevo International Airport. Nordwind primarily operates service between airports in Russia and Mediterranean and Indian Ocean holiday destinations. Prior to the Coronavirus outbreak, the airline’s worldwide network included more than 200 destinations and 75 cities in 17 countries. Thus far the airline has been directly affected by the closure of borders of countries to which it operates flights: Dominican Republic, Tajikistan, Uzbekistan and Jordan – as well as from today’s announcement of Russia banning foreigners from entering the country.

Nevertheless, earlier this week Nordwind launched Nordwind Club, its first ever frequent-flyer programme. To reward its loyal clients the airline is now allowing passengers to earn air miles “for departing from any city of the airline’s route network on scheduled or charter flights.”

Together with Pegas Fly, Nordwind is one of two airline subsidiaries of the Russia-based, Turkey-backed leisure tourism operator Pegas Touristik Group. In 2019 Nordwind transported some 5.535 million passengers, 12.5 per cent more year-on-year, making it the eighth largest Russia-based carrier.