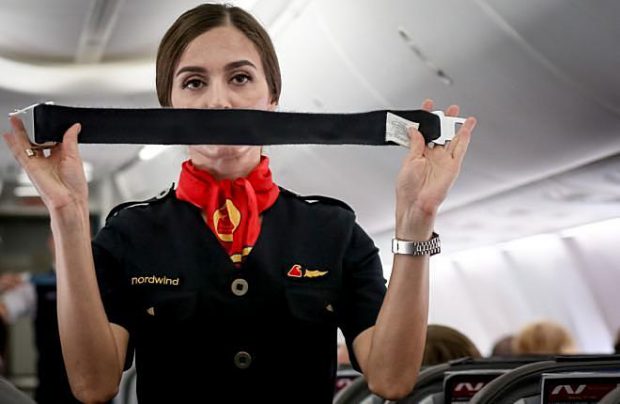 Russia’s Nordwind Airlines which, along with its sister carrier Pegas Fly is part of the Turkish-backed Pegas Touristik group, is proceeding with its strategy of adding capacity and expanding its range of scheduled flights to raise its status in the hierarchy of Russian commercial air operators.

The ambitious airline, which was primarily launched as a typical charter carrier serving leisure destinations, inaugurated its historic first scheduled flight to the European Union in late August, with a daily Boeing 737-800 service from Moscow Sheremetyevo to Dusseldorf in direct completion with Aeroflot and S7 Airlines, Russia’s two biggest carriers.

It is safe to say that Nordwind’s further expansion to EU destinations will be a cautious and calculated process, as most attractive routes are already covered by interstate, bilateral agreements and have assigned carriers in place. Although the airline is being discreet about its further westbound steps, it has in the meantime launched an array of domestic routes, as well as regional flights to destinations in the CIS, including 11 new routes from Moscow, St Petersburg, Kazan and Mineralnye Vody. Also on the table are flights to five regional airports in Uzbekistan.

This aggressive network expansion is supported by additional capacity and the airline has announced it is on the way to doubling its existing fleet by taking delivery of 25 aircraft before the end of this year.

The development of the airline’s scheduled programme is significantly changing its ratio of charter versus non-charter flights and traffic numbers. Whereas in 2016 the share of scheduled flights did not exceed 40 per cent (32 per cent of its total traffic), last year it climbed to 65 per cent (55 per cent of total traffic). This year it continues to rise, currently to 68 per cent. Thus it is inexorably moving towards becoming a scheduled carrier, although currently the absence of a customer loyalty programme differentiates it from existing rival airlines. An airline source has revealed to Russian Aviation Insider that this issue is being investigated.

Nordwind Airlines’ driving ambition is to join the top-five list of Russia’s largest carriers, up from its current seventh position, lagging behind low-cost carrier (LLC) Pobeda Airlines (number six) by 1.1 million passengers at the end of the first half of this year. Nordwind is expanding its fleet faster than Pobeda, so outperforming the LCC may be a feasible goal. However, to beat the fifth largest, Utair, which operates 65 aircraft and carried 1.5 million passengers more than Nordwind, may be more challenging, as this would require the creation and promotion of a more distinctly branded product, which is a smarter challenge than simply adding aircraft and routes.