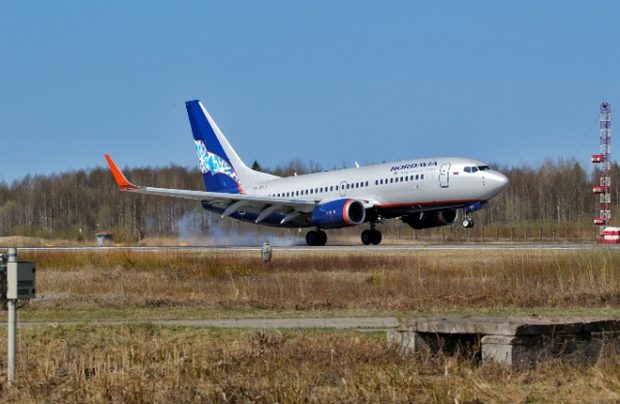 After nearly a decade, Nordavia is now expecting to take delivery of three Boeing 737NGs this year (Marina Lystseva)

Russia’s Nordavia Airlines has embarked on a long-awaited fleet renewal programme. For the first time in nine years, the Archangel-based regional carrier has added a Boeing 737-700 to its fleet of nine ageing B737 Classics and expects to take delivery of two more before the end of the year, while at the same time phasing out one of its oldest aircraft.

The recent addition, with tail number VP-BYY, was previously operated by Mexican airline Aeromexico and will fly across its new carrier’s network connecting Russia’s north-west region (Archangel, Murmansk, Syktyvkar, St Petersburg etc) with Moscow and destinations in the south of the country. The next of the three additional aircraft is scheduled to arrive in August or September. At least one of the three will be a higher capacity B737-800, intended for operating longer flights, including to and from Turkey.

Fleet renewal has long been on the airline’s agenda, but the final decision on the type was regularly postponed due to a spate of changes of ownership. Last year the airline finally agreed a close cooperation with another Russian carrier, Red Wings, owned by Ilyushin Finance, thereby forming what the owners call ‘an alliance’. The aim of this arrangement is to exploit synergies whilst also maintaining relatively independent businesses, and to boost collective traffic to jointly make it into the top-10 list of Russian airlines.

Since partner Red Wings currently operates Airbus A320-family aircraft, Nordavia initially considered the Europe-made aircraft as a substitute for its vintage fleet of Boeing 737CLs built between 1990 and 1993, but the airline finally opted to continue with Boeing, since it already has the infrastructure for operating the type.

Red Wings has recently placed an order for the operational leases of six Bombardier CS300 with a delivery in 2019. The aircraft will reportedly be shared within a joint network project with Nordavia.