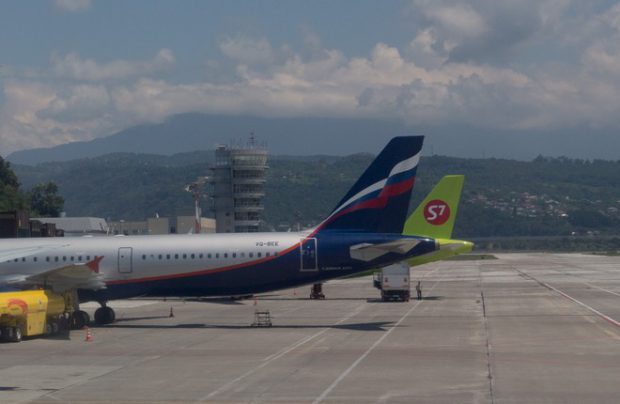 Major Russian airlines improved their financial results in the 1st half of 2016. Aeroflot share price reached 100 rubles during the trading sessions at Moscow stock exchange. Aeroflot shares broke the maximum since 2008 backed by strong H1 report. Transaero and some international carriers leaving the Russian market is one of the reasons for success.

Aeroflot share price reached 100 rubles during the August, 30 trading session at Moscow stock exchange for the first time since May 2008, according to the trading data. Aeroflot capitalization reached 110 billion rubles, RBC Daily reports.

Aeroflot stock price grew on the back of the strong H1 group performance results and management commitment of dividend payout in the end of the year. On Monday Aeroflot reported 2.5 billion rubles of IFRS net income against 3.5 billion of net loss the previous year.

Aeroflot is planning to report net income in the second half of the year at the same level as in the first half, Shamil Kurmashov, Aeroflot deputy CEO told investors.

Strong H1 results were driven by passenger traffic growth which rose by 10.3% to 19.7 million passengers. Furthermore general operating expenses grew slower than the revenue, said the company: revenue per passenger (in terms of seat and kilometer) soared by 18.9% while unit costs were up by 8.6%.

EBITDA more than doubled, to 30 billion rubles, while EBITDA margin grew by 5.9 percentage points, to 13.4%.

UTair group and its affiliates reported net loss down by 61.3% – given that during the same period of 2015 this figure reached 1.773 billion rubles, in January-June 2016 it was down to 684.9 million rubles, the company’s IFRS report says.