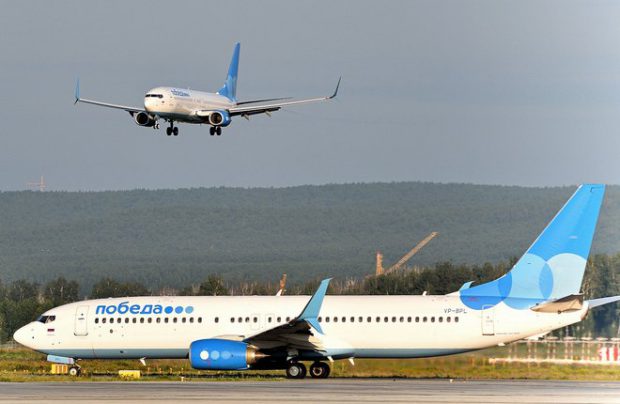 More details have emerged on Aeroflot Group’s plot regarding its low-cost division Pobeda Airlines. The budget airline is slated to become Russia’s largest carrier by passenger numbers in two years and its 175-strong mixed fleet will be dominated by large Airbus narrow-bodies by 2028.

Scant official information made available after the Board of Directors of the state-run group, which combines the title carrier Aeroflot with subsidiaries Rossiya Airlines and LCC Pobeda Airlines, approved its new ambitious 2028 strategy. It says that with a fleet of 170 single-aisle aircraft the country’s only budget carrier is expected to serve between 55 and 65 million passengers annually by 2028, offering fares that would be 30 per cent lower than today’s average domestic economy class fare. Pobeda is expected to demonstrate the highest traffic growth rate within the group, all Boeing 737-800 currently operated by Aeroflot and Rossiya (some 50 aircraft) will be transferred to the LCC.

But according to a source close to Aeroflot Group, perhaps the most intriguing part of the plan is the group’s intention to gradually move its Pobeda subsidiary to a unified Airbus narrow-body fleet, whilst it has been relying solely on Boeing 737NG so far and has MAX on order.

By 2028 Pobeda’s fleet is supposed to grow to 175 aircraft from today’s 34 Boeing 737-800s. Starting from next year the LCC would add 24 aircraft annually for five years in a row. Initially these aircraft would be sourced by fellow Rossiya and Aeroflot, and added by new B737 MAX-8s deliveries. Up to 18 MAXs are expected to join Pobeda in 2021.

The rationale behind this is Pobeda’s intention to lower unit costs by using more 239-seat neos instead of 189-seat 737s. The Russian discounter follows the paths of the likes of Wizz Air and Air Asia, which are gradually shifting their fleets’ balance toward 220+ seat A321 airplanes, an insider explains.

The pace of its fleet growth would allow the carrier to serve some 30 million passenger in 2022, making it nation’s largest airline.