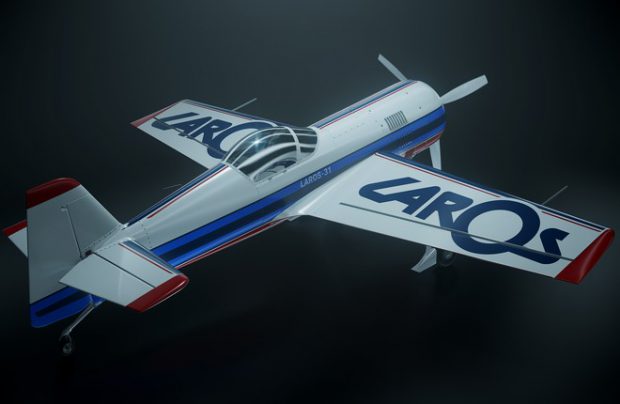 Preliminary figures indicate that the cost of the Su-31 reincarnation is estimated at €350,000 (Laros Design Bureau)

The Moscow-based Laros Design Bureau is developing a new aerobatic aircraft that meets high international standards. The designers have used the base of the best sports aircraft of the Soviet era – the Su-26, Su-29 and Su-31 types – all of which were produced by manufacturer Sukhoi between 1984 and 1997.

“The idea of upgrading these planes is not accidental,” Oleg Larionov, founder of Laros Design Bureau, told Show Observer, Russian Aviation Insider’s sister publication. “Since 1984, the Russian national aerobatic team has been competing with the Sukhoi aircraft, and more than 60 per cent of the sets of medals at world and Europe competitions aerobatics were won on the Su-26 and Su-31 by both Russian and foreign pilots. The aircraft are recognised as the best in the world, have unique design features in structural design and aerodynamics, a standard ejection seat system and can be operated and designed to withstand up to +12/-10 G. This is one of the most successful Russian developments, so we have used it as the base for the new aircraft. Our replacement of obsolete materials and technologies with modern ones has significantly improved flight performance – for example, we have completely changed the airfoil and the shape of the wing and the fuselage has been modified as well.”

The Laros Design Bureau has been working on the new sports aircraft project for three years, along with Sukhoi and Siberian Aviation Scientific Research Institute (SibNIA) that provided technical support at the design stage. Serial production of the new aircraft is scheduled for 2020. According to Larionov, the annual global market demand is 30 aircraft – on average the number of aircraft sold per year by Germany’s Extra Aircraft, the only company to serially produce such sports aircraft today. The preliminary cost of the Laros aircraft is estimated at €350,000 (some 25.5 million roubles).

A modernised Su-31-based test-bed, fitted with a new wing, is being presented at MAKS 2019. Incidentally, it is not the only Laros Design Bureau development in the pipeline. Since 2010, the company has been producing light aircraft for small and sporting aviators, powered hang gliders and gliders etc. In addition, in 2018, the Design Bureau launched a promising development to create a re-usable space transport as part of the effective advancement of the Russian aerospace industry.