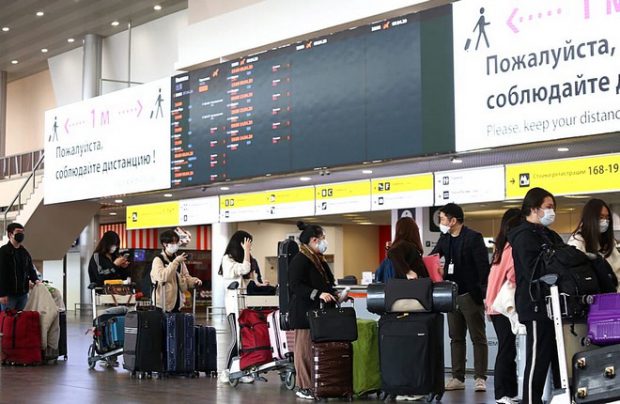 Moscow Sheremetyevo, Russia’s largest airport, has revealed two scenarios for the possible development of the on-going air travel market crisis brought about by the global Coronavirus spread. In an optimistic view, international services will resume in July leading to an eventual recovery of pre-crisis traffic volumes by the end of 2020, according to Alexander Ponomarenko, chairman of the board and co-owner of the hub airport.

“Our forecast for this year has two scenarios. The first implies that international flights will resume in July and the traffic numbers would then recover gradually by the end of this year. The second scenario, a much graver one, says that a traffic recovery to 2019 levels would take much longer, no less than 12 months until mid-2021 at the earliest,” Ponomarenko has told the Russian edition of Forbes.

He also warns that, should the second scenario prevail, Sheremetyevo (IATA code: SVO) may have to lay off some staff, but he promises that the airport will try to keep its employees by applying other cost-cutting measures first. The airport is watching the situation closely and will correct its projections in accordance with the turn of events in Europe, he adds.

From April 1, Sheremetyevo transferred all of its international departures and arrivals to terminal F and all domestic flights to terminal B. Terminals E, C and D have been closed because of the radical decrease in passenger numbers.

As of April 6, combined passenger traffic through Russia’s 33 largest airports declined by a colossal 89 per cent, according to the country’s International Airport Association data. “The Russian commercial aviation industry has now dropped down almost as low as that of Europe,” the association summarises.

The passenger business drought in Russia started in March as a result of the global spread of the COVID-19 infection. Accordingly, the Russian government closed the nation’s borders and curtailed all international air services, except for repatriation flights bringing home Russian citizens.