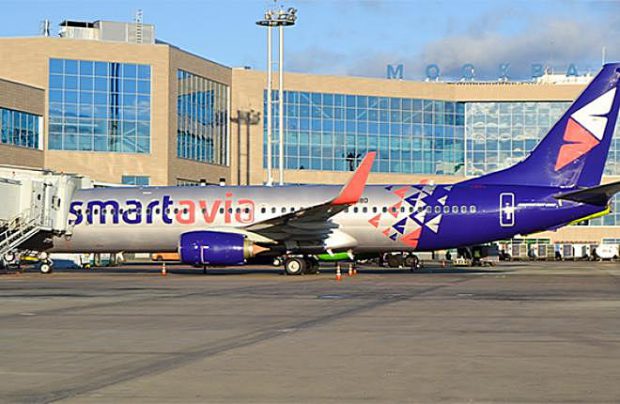 The regional airline with an ageing Soviet-built fleet has been chartering Nordavia’s B737-800s for flights to Moscow and St Petersburg (Evgeny Dubovitsky / ATO.ru)

Small Russian airline IzhAvia, which is owned by the government of the Udmurt Republic in central Russia, has started operating a Western-built aircraft for the first time in its 75-year history.

The regional carrier has chartered a Boeing 737-800 from Nordavia Airlines to operate flights to Moscow and St Petersburg. Whether this move is an indication of IzhAvia’s intent to renew its fleet with Boeing aircraft, remains uncertain.

The central Russian airline, which is undergoing a reformation process to recover its distressed financial situation, has up to now been operating a fleet of eight ageing Yakovlev Yak-42 short-haul trijets. It has now finally gained the momentum to start using a Boeing 737 on its key routes, which it has intended to do for several years.

IzhAvia is one of few airlines in Russia’s Top-35 that, until now, has previously had no experience of operating Western-built aircraft.

Nordavia, another Russian regional airline – which now brands its services as Smartavia – has agreed to supply a 189-seat Boeing 737-800 with registration VP-BBD, along with flight crews, to IzhAvia to help it climb to new heights. The practice of pursuing such a friendly means of bringing in new aircraft types was first used by Russia’s Alrosa Airlines, when it chartered a Boeing 737-700 from neighbourly fellow carrier Yakutia Airlines in 2012. Nordavia itself is expanding its fleet and hopes to operate up to 20 Boeing-737NGs in 2022.

“For the population of Udmurt Republic this is an opportunity to travel on a comfortable airliner for a lower price. For IzhAvia this is the first step towards fleet renovation,” stated Alexaner Sinelnikov, who was appointed to IzhAvia’s general director position in May of last year.

Based at Izhevsk, the capital of Udmurt Republic, IzhAvia has been discussing the need to replace its Yak-42 fleet for several years, at least since 2013. Along with the Boeing 737NG it has also considered the Airbus and Superjet 100 options. “The choice between Boeing and Superjet is simple – either we start making money [in the case of Boeing] or, otherwise, we apply for subsidies [in the case of the SSJ100]. Our experts do not believe that aircraft with less than 100 seats are a commercially viable solution and 100 seats is exactly what SSJ100 offers. For us, 150 seats is optimal and that’s what Boeing has,” Sinelnikov explained in January. However the airline has refused to comment on any further plans to add B737NGs to its own fleet.