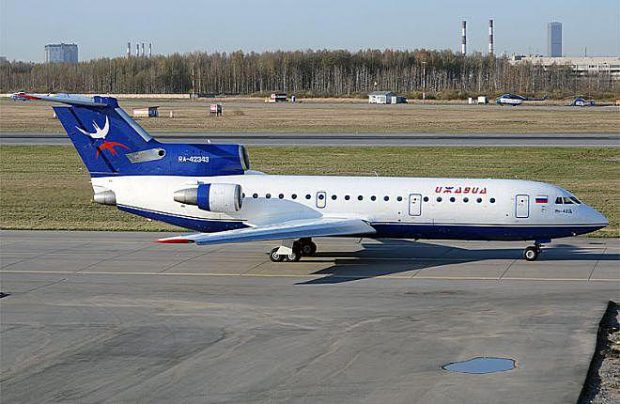 : Izhavia is to launch flights from its two bases at Izhevsk and Samara (Anna Zvereva/ Wikimedia)

Russian regional airline Izhavia, which recently replaced its management team and announced plans for the re-definition of its business model, is to launch flights from two hub bases to a total of 13 destinations across Russia.

The company, which is based at Izhevsk, the capital of Udmurtiya Republic located some 1,200 km to the south-east of Moscow, is composed of both the airline and the airport, and remains fully owned by the regional administration.

It has now begun ticket sales for feeder connection flights from Izhevsk and Samara to four destinations in the country’s south, at Sochi, Simferopol, Krasnodar and Mineralnye Vody; and seven large Siberian cities of Yekaterinburg, Chelyabinsk, Surgut, Nizhnevartovsk, Omsk, Tyumen and Novosibirsk.

“Starting November 26, our passengers will be able to fly between any final points of our route network, avoiding Moscow and saving [up to] an hour of travel time,” the airline has declared. Newly-appointed general director Alexander Sinelnikov has explained to Russian Aviation Insider’s sister publication ATO.ru that connecting passengers pass through the airports’ transit zones – thus avoiding repeated security checks and other formalities.

Samara was selected for the hub airport role because of its convenient geographical location, making both legs comparable in length and accessible with medium-range aircraft. Flying through Izhavia’s main base at Izhevsk promises to add or cut about 50 kms to a journey.

Russia’s community of aviation experts is closely studying the Izhavia experiment, bearing in mind that arranging reduced turnarounds to ensure connection flights at two regional airports is a significant challenge. To assist the seamless flow of transit passengers, Izhavia is to re-design its service processes at Izhevsk airport, which is managed by the company that also owns the airline.

In his interview Sinelnikov explains that he considers the airline’s niche lies in providing slick connections across Russia’s Volga (Privolzhsky) Federal District, one of eight such jurisdictions within Russia. Privolzhsky which forms the south-eastern part of European Russia, has a population above 30 million and a living area of 1,038,000 square kilometers (401,000 square miles).

Its fleet of 10 Yakovlev Yak-42s will eventually be replaced by western-built, narrow-body aircraft, he adds. “No regional airline in Russia is using the model [that we are proposing],” Sinelnikov mysteriously insists.