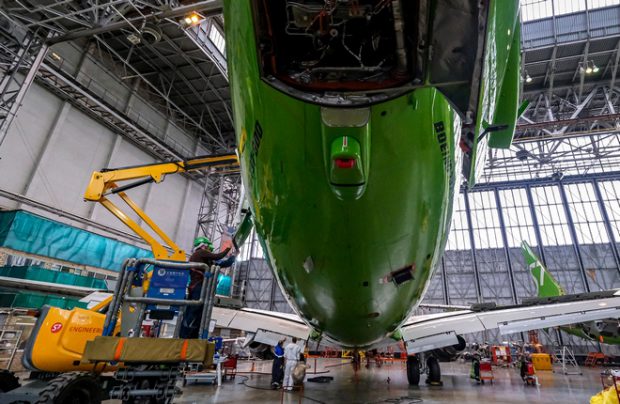 Russia’s leading independent MRO provider S7 Technics has reported nearing completion of a repair facility for Honeywell-produced auxiliary power units (APUs) – the first of its kind in Russia and the CIS. According to the company, the plan is for the new facility to start operation in the fourth quarter of 2021. The new services will be added to S7 Technics’ existing capability list under its EASA Part-145 approval.

S7 Technics has received the status of Honeywell partner for the authorized services to APU of 131-9A/B and RE-220 types in 2019. The former equipment is installed on the world’s most popular Airbus A320 and Boeing 737 narrow-body aircraft, and the latter on the Russian-built Superjet 100 regional jets.

The new facility will perform major repairs of aircraft APUs, including complete reassembly, cleaning of parts, components and assemblies, as well as their inspection. The unusable parts will either be repaired or replaced with new original spare parts. After the assembly of the APU, the characteristics of the installation will be confirmed on the test cell.

“The new S7 Technics maintenance shop will allow airlines from Russia and CIS to achieve the time and cost savings, as they will not need to send their Honeywell APUs to be repaired abroad. The expected production capacity of the workshop will be up to 50 repaired APUs per annum, ” comments Nikita Babkin, director of sales and business development engine repairs, S7 Technics.

“Internal work is now in full swing on the reconstruction of the former warehouse into the station, where the site for major repairs of the APU will be located. The construction of an additional extension, for a spare parts warehouse, has been completed. A Test Cell with a set of equipment for testing the APU after repair has also been delivered,” S7 Technics reports. The company has purchased the necessary tooling and is awaiting its delivery.

S7 Technics currently operates three maintenance stations in Russia – at Moscow’s Domodedovo airport, in Mineralnye Vody and in Novosibirsk, home to S7 Airlines. The company has recently announced plans for a major development, involving a construction of a fourth site at St. Petersburg’s Pulkovo airport.