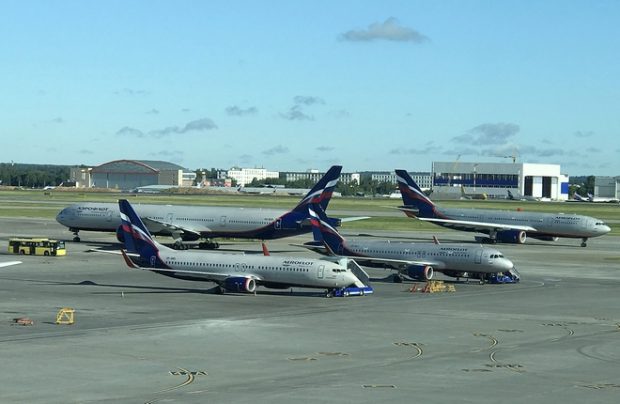 Market leader Aeroflot carried 28.7 per cent of the total traffic in the period, down 1.3 p.p. year-on-year

Russia’s airlines jointly transported almost 99.1 million passengers in the first nine months of 2019, exceeding the same period last year by 11.2 per cent, according to official figures released by Rosaviatsiya, the country’s aviation authority.

Aeroflot itself remains the country’s largest airline after carrying 28.4 million people in the nine months, but at a lower growth pace of 6.2 per cent. The flagship carrier’s passenger traffic growth has been slowing since March of this year, when the airline recorded a 13.78 per cent increase. Furthermore, in September alone, Aeroflot carried some 3.3 million people, the same as last year. In August its passenger traffic grew by only 1.74 per cent, and in July by 1.91 per cent.

Azur Air, the country’s largest charter airline, which operates flights on behalf of the Turkey-backed Anex Tour travel company, grew by 38 per cent, being responsible for 4.5 million transported passengers. Another leisure carrier, Royal Flight, increased its passenger traffic by 26.3 per cent, carrying more than 1.7 million people.

At the same time, Russia’s privately owned Nordavia-Regional Airlines, which now operates under the Smartavia brand name, also recorded a very solid improvement. The airline carried around 1.5 million passengers in the January-September period, up by 65 per cent over the previous year period. The airline’s commercial partner Red Wings transported almost 2.5 million people, exceeding the same period of last year by 19.4 per cent.

Pegas Fly, which is one of two airline subsidiaries of the Russia-based, Turkey-backed leisure operator Pegas Touristik Group, carried almost 1.8 million people in the period, a 15.6 per cent improvement. Nordwind, the other member of the Turkish group operating both scheduled and charter flights, grew by only 9.9 per cent, transporting almost 4.3 million passengers.

Also in the period, Azimuth Airlines remained the fastest growing carrier in the top 20, with its passenger traffic up by 100.9 per cent, with 910,384 customers.

In September of this year the total of Russia’s airlines’ passenger traffic growth slowed down. In the ninth-month period the airlines collectively carried 12.8 million people, up by only 7.9 per cent year-on-year. Apart from June, in all previous months, double-digit growth was recorded.

In the first nine months of 2019, the freight turnover of Russian airlines dropped by 7.1 per cent to 5.362 billion-tonne-kilometres. AirBridgeCargo (ABC), the scheduled all-cargo airline owned by Russian air transportation giant Volga-Dnepr Group, remained the country’s leader by volume of transported cargo. The specialist Boeing 747F airline carried almost 400,000 tonnes of freight, suffering a 7.8 per cent year-on-year decrease. Volga-Dnepr, the charter member of the group, transported almost 11.349 tonnes of freight, down by 40 per cent and daughter company Russian air express cargo carrier Atran Airlines became the only member of Volga-Dnepr Group to record growth, carrying almost 12,480 tonnes of freight in the period, up 47.6 per cent.

Aeroflot, the country’s second biggest airline by freight volumes transported, carried 156,013 tonnes, a decrease of 2.6 per cent. Pobeda Airlines was the fastest growing freight-carrying airline in the top-five, with almost 40,367 tonnes transported, up by 43 per cent.