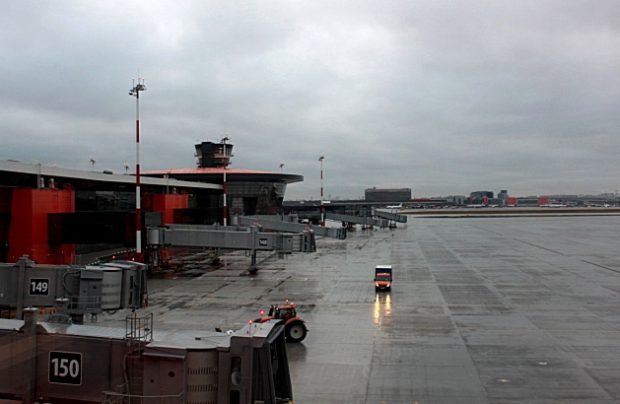 Domestic flights are now being processed at terminal B, and the remaining international repatriation charters of returning Russian citizens are being handled at terminal F (Artyom Popov/ATO.ru)

Moscow’s Sheremetyevo (IATA: SVO), Russia’s largest airport and home to Aeroflot, the country’s biggest carrier, has temporarily closed E, C and D, three of its six terminals, as it scales down in the wake of the plunge in passenger traffic numbers triggered by the Covid-19 pandemic.

SVO hasn’t provided any current figures, but the combined passenger traffic numbers of Russia’s 30 biggest airports dropped by 75 per cent year-on-year by the end of March, the Russian International Airport Association revealed today.

Domestic flights are now being processed at terminal B, and the remaining international repatriation charters of returning Russian citizens are being handled at terminal F where special procedures are in place for checking their arrival details.

Normally Sheremetyevo operates six passenger terminals: A for business aviation, B for domestic flights, C launched in January this year to complement D and E, and F for serving international passengers. In late January all flights operated by Aeroflot, China Southern and Hainan Airlines connecting Moscow with four destinations in China were transferred to terminal F. Gradually, flights from Korea, Iran and European countries were also transferred to F. Special medical checks are conducted for all arriving passengers, and aural announcements relay advisories from Russia’s Federal Service for Oversight in Consumer Protection (Rospotrebnadzor) for the prevention of the spreading of Coronavirus.

Moscow’s two other main airports of Domodedovo (DME) and Vnukovo (VKO) have not yet officially announced any downscaling and are still handling domestic departures and arrivals, but on a highly reduced scale. Meanwhile, no announcements of closure have come from the nearby, smaller Zhukovsky (ZIA) airport, but since it mostly handles flights from the CIS region and Europe, its flight schedule has been empty over the last few days.