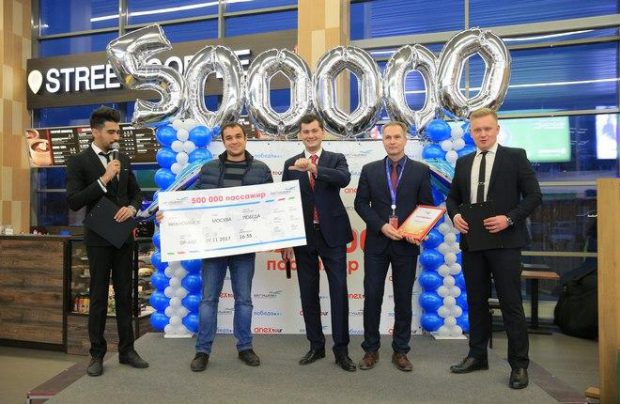 Russia’s Begishevo airport on November 29 served its 500,000th passenger since the beginning of the year. The facility expects to have welcomed 50% more passengers year-on-year in all of 2017. The airport has been growing rapidly in the past several years: its 2013 passenger traffic reached 332,000.

CCO Felix Kozlov commented for Russian Aviation Insider that the primary cause of the Moscow-bound traffic growth had been the introduction of additional frequencies by Pobeda Airlines, Nordwind Airlines, and S7 Airlines. He further said that the airport had worked with Pobeda to lower the carrier’s Boeing 737-800 turnaround times by 10 minutes to 25 minutes. The Begishevo press service reports that the average turnaround times for the type across Russia exceed one hour.

The launch of flights to Turkey’s Antalya also boosted the airport’s results. The route is operated by NordWind and Azur Air. Additionally, Begishevo has managed to increase traffic to Russia’s southern destinations, including Sochi and Anapa. Traffic to Crimea doubled compared to 2016

Begishevo has been improving infrastructure to accommodate the growing passenger figures. The airport had its terminal refurbished in 2014, but the current throughput capacity is just not enough. The decision was made this year to build a new terminal, with construction set to begin in 2018. The new facility should become operational in 2020.

The airport has also had its ramp and taxiways refurbished, and now boasts a dedicated deicing area. The managing company purchased firefighting equipment and an additional deicing vehicle in 2017.

As previously reported, Begishevo had improved its performance in 2016 with a 4% growth in traffic against the general slowdown in the industry and the temporary ban on charter services to Turkey and Egypt.

Begishevo is located between the cities of Nizhnekamsk and Naberezhnye Chelny, 177 km away from Kazan, which is the main airport of the Republic of Tatarstan.