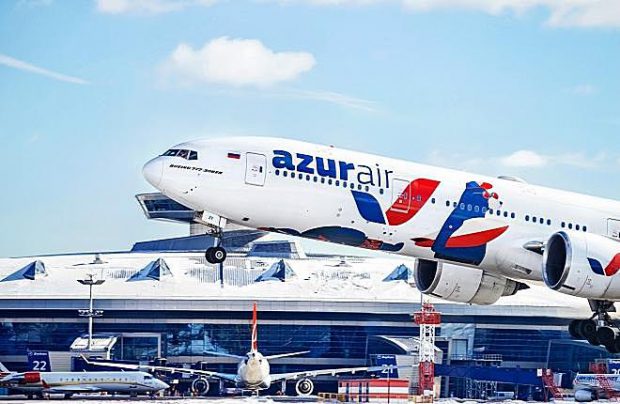 Russia’s largest leisure charter airline, the privately owned Azur Air, is proceeding with a plan to create its own independent aircraft maintenance, repair and overhaul (MRO) organisation with a wide range of capabilities including aircraft cabin conversions from passenger to freighter or VIP configurations. As the airline’s existing in-house engineering and maintenance department currently handles most of the maintenance requirements for the carrier, it is now gearing up to start offering these services to third-party customers.

Azur Air, which celebrated its fifth anniversary in December 2019, has been endeavouring to further develop its MRO competences, but its efforts in that direction have not always been successful. In 2016, the department that currently operates under the brand name Azur Air Engineering performed its first A-check on a Boeing 757-200. However, in early 2018, Russian aviation oversight authority Rosaviatsiya uncovered some fault issues with the airline’s airworthiness procedures, which led to a shift of management, and at the same time a change of airport base from Domodedovo to Vnukovo impeded the airline’s ambitions for developing its MRO business.

Furthermore, in the course of 2018, Azur Air lost its EASA Part-145 and OTAR-145 licences and had to start again from scratch. Now, after the maintenance division re-gained Bermudan authority approvals for OTAR-145 and Russia’s approval for FAP-285 certificates, it successfully completed its first C-check on a Boeing 757-200 in December 2019.

Pavel Tereschnkov, who previously acted as head of Volga-Dnepr Technics Moscow and who, in May 2019, joined Azur Air as technical director, reveals that the decision to pursue maintenance competences including its own licensing for aircraft MRO services, was made in June that year. “In August 2019 I lined up and successfully launched line maintenance for all types across Azur Air’s fleet,” he recalls. “At the same time we had to turn around the entire system of continued airworthiness, set up our own engineering centre and transfer from outsourcing maintenance to an in-house engineering service.”

Azur Air’s maintenance team showcased its capabilities this spring, when it independently completed a C-Check on the airline’s Boeing 777-300ER. Until recently, Aeroflot Group’s A-Technics was the only Russian maintenance organisation with experience in performing heavy maintenance checks on the type. However, in mid-April, A-Technics switched its base to Sheremetyevo and reportedly is not focusing its short-term emphasis on wide-body heavy checks.

In the meantime, according to Tereschenkov, Azur Air Engineering is gearing up to start offering Boeing 777 maintenance services to other airlines and is expecting to win its first contract in May. Apart from Aeroflot and its subsidiary Rossiya Airlines, and Azur Air itself, the Boeing 777 is operated in Russia by charter carriers Royal Flight and Nordwind Airlines.

As of early May, Azur Air’s maintenance division has competed five C-checks on Boeing 757-200s, a C-check on a B777 and several checks on Boeing 737s and 767s, mostly aircraft modifications.

Azur Air’s 30-strong fleet consists of four B737-800s, two B737-900s, eight B757-200s, 12 B767-300s and four B777-300s. “Our target is to cover up to 90 per cent of all of the airline’s maintenance needs in-house,” Tereschenko insists. “At the moment we are expanding the share of Azur Air fleet’s maintenance operations, and we are creating dedicated facilities for aircraft component repairs,” he adds.

From this summer, Azur Air is renting the entire space of a large two-bay maintenance hangar at Moscow’s Vnukovo airport. “After A-Technics moved [from Vnukovo] to Sheremetyevo, the second section of the hangar became available and we are planning to sign a long-term rental contract for the entire hangar, starting July 1. It is one of the most modern facilities in its class in Russia,” Tereschenko enthuses.

The next step in the airline’s MRO strategy is to create a standalone business entity with its own workforce of some 300 people. “The deadline for this is the end of 2020, but the on-going COVID-19 crisis may correct our plan somewhat,” he admits, without disclosing the brand name of the new entity.

“We have one goal: to create an independent aircraft MRO company and to become a genuine market player by providing technical services up to heavy checks and mastering [aircraft] modifications, such as converting passenger airliners to freighters and to business jets,” Tereschenko concludes.