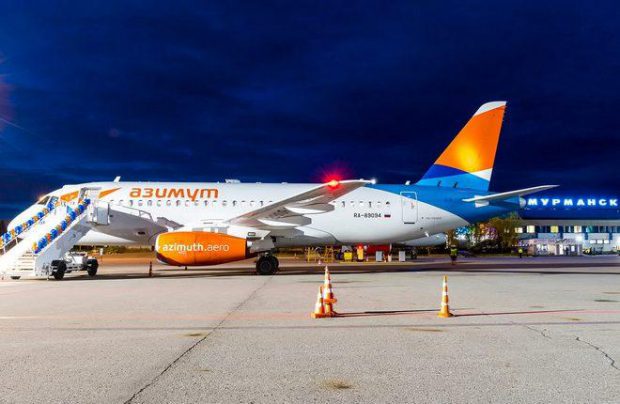 In the three years since its launch, Azimuth Airlines – the world’s only operator of the fleet composed entirely of Russian-made Superjet 100 – has achieved respectable results. It managed to maintain pre-crisis traffic levels during the pandemic, achieved record intensity of SSJ100 operations and even briefly ranked among Russia’s TOP-10 largest airlines. Whilst other airlines in the region are reconsidering their HR policies, Azimuth has resumed hiring new flight crews and is going ahead with its development projects.

Smart use of state support measures for leasing and maintenance of Russian-made aircraft as well as subsidies for operating low-margin domestic routes, basing its fleet at airports in Russia’s southern regions and flexibly managing capacity with small 100-seat airplanes is what enabled Azimuth maintain stable operational performance throughout the COVID-19 induced crisis, which devastated the air travel industry. In August the regional airline managed to actually grow its traffic by 3.4 per cent (to 130,400 passengers) compared to the same month in 2019, whilst the Russian industry on the whole lost 35 per cent of its pre-crisis traffic.

Since its first commercial flight on September 21, 2017 Azimuth has carried over 2.7 million passengers and has brought its monotype fleet to 12 Superjet 100s. It claims to press 250 hours per month (ranging from 235 hours in the winter schedule and 260 hours in the summer season) on average from every aircraft it flies, which translates to 8.3 hours per day, the record for the type. On average, each of Azimuth’s SJ100s carries around 140 passengers per year.

The high intensity (for the type known for its challenging maintenance issues and childhood diseases) was made possible after the airline set up in-house maintenance stations at Rostov-on-Don’s new Platov airport and Krasnodar’s Pashkovsky, brought in qualified engineering, maintenance and flight crews and took a proactive approach to the aircraft’s manufacturer aimed at “increasing the reliability and sustainable improvement of the aircraft’s performance,” the airline says.

This year Azimuth has embarked on a new 600 million-rouble investment project – construction of a maintenance hangar complex at its base Platov airport. The MRO center is scheduled to become operational in the first half of 2022.

Azimuth is also working on gradually expanding its operations in the south of Russia by adding the third base at Mineralnye Vody airport. It has already succeeded in building a solid route network, serving 77 scheduled destinations, of which 95 per cent offer a direct link between regional cities without Moscow connections. The network includes 59 unique routes operated only by Azimuth, of which 41 are new for the market. Although it joined the state-supported programme for operating in sparsely populated and underserved regions, Azimuth has managed to maintain decent seat load factor of 82.3 per cent in August 2020. The target for 2021 is 2 million passengers, bringing the fleet to 18 units, and adding more international services to its network.