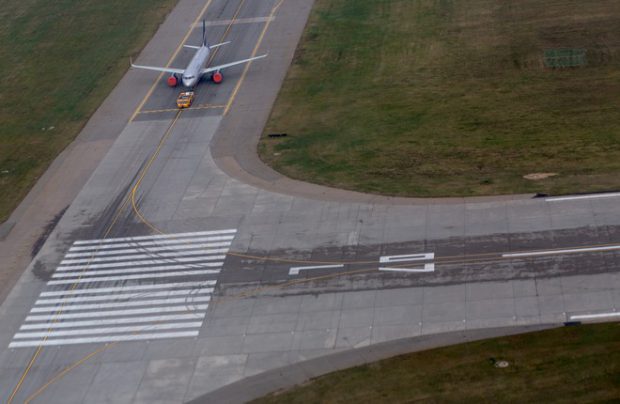 The new system proposed by Russia’s transport ministry will be based on how intensely an aerodrome is operated (Photo by Leonid Faerberg / Transport-Photo.com)

Russia’s transport ministry has come up with a proposal for a new way to calculate the fares that airport operators pay for renting aerodromes and their infrastructure, which is owned by the federal government. The new system is based on how intensely an aerodrome is operated, with annual passenger and cargo traffic (PCT) measured in tons as the main index, Kommersant Daily reports.

The aerodromes will be categorized based on their PCT. The largest ones with PCT exceeding 1 million tons per year will pay 86.5 rubles (roughly $1.5) per ton. The fare for the second category (PCT between 190,000 and 1 million tons) will be 110.3 rubles per ton. Aerodromes with PCT between 30,000 and 190,000 tons will be charged 125.4 rubles. Finally, a fixed fare of 1.5 million rubles per year will be applied to small aerodromes.

The new system is expected to result in lower financial load on regional aerodromes, and large airports in Moscow hub will receive equal treatment. For example, Moscow’s Sheremetyevo and Domodedovo will pay roughly the same amount of 260 and 250 million rubles (about $4.4 million), whereas Domodedovo is now paying twice as much as its pier. This situation is caused by the current system, in which the fare is calculated based on an aerodrome’s estimated market value evaluated by independent assessors, which has proven to be non-transparent and incoherent leading to multiple suits.

Transport ministry has been trying to come up with a more fair approach since 2013, but the recent attempt appears to have most chances to be adopted, although it may not be the final version.