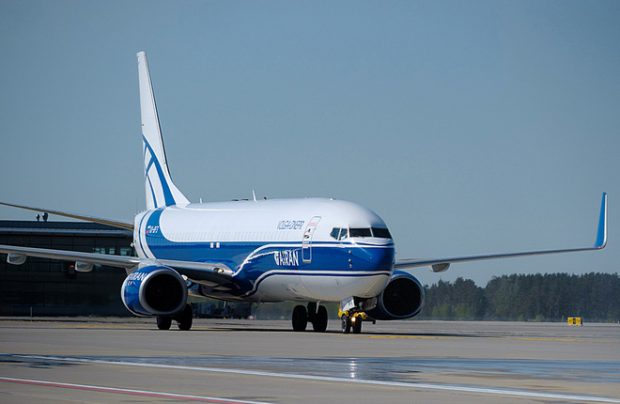 With a newly signed memorandum put into action, Atran Airlines, the Russian air express cargo carrier within the Volga-Dnepr Group (VDG), has now introduced a new route linking China’s Hangzhou and Latvia’s Riga that will provide cargo capacity for the e-commerce shipments of Cainiao Network, the logistics arm of the Alibaba Group.

The weekly service is to be operated by Atran’s recently acquired Boeing 737-800BCF – via Moscow’s Vnukovo airport – from the Latvian capital of Riga (RIX) to Hangzhou (HGH), which is an emerging technology hub and is home to China’s burgeoning e-commerce industry.

This latest airfreight development is another step in the ongoing cooperation between VDG and the Cainiao Network and is in line with the Memorandum of Understanding they signed at the end of 2018 which aims to strengthen the Russian group’s position in the area of cross-border shipments whilst jointly building a global smart logistics network to meet increasing demands.

“Atran Airlines will offer cargo connection between Hangzhou, a major city in the Yangtze River Delta region, and Riga which opens up distribution possibilities to both Russian and EU markets. On top of this, our customers will favour weekly air cargo services from Riga to Moscow (Vnukovo) with access to interline routes and CIS connections,” states Dmitry Obsharov, general director of Atran Airlines.

“With the arrival of Atran, Riga Airport has become the first Baltic airport to be used for direct regular e-commerce air cargo links to [and from] China. It provides invaluable opportunities for both businesses and the economic cooperation between the Baltic region and China in general, especially considering that Atran will also provide a connection to Russia, thus providing new opportunities for Baltic exporters,” says Ilona Līce, chairperson of the Riga airport board.

Atran Airlines, which operates a fleet of four B737-400SFs and a B737-800BCF, is focusing on creating bridges for the booming volumes of online purchases between China and Russia and is expanding its network and enlarging its fleet accordingly. The latest service adds to the recently launched Xi’an route as the carrier aims at further increasing its foothold in the region.

Russia’s Volga-Dnepr Group, which consists of Volga-Dnepr Airlines, AirBridgeCargo and Atran, is owned by Russian entrepreneur Alexey Isaikin. Another all-cargo airline belonging to the businessman but not formally part of VDG, is the UK-registered sister company CargoLogicAir and start-up CargoLogic Germany is currently awaiting approval of its air operator’s certificate in that country.