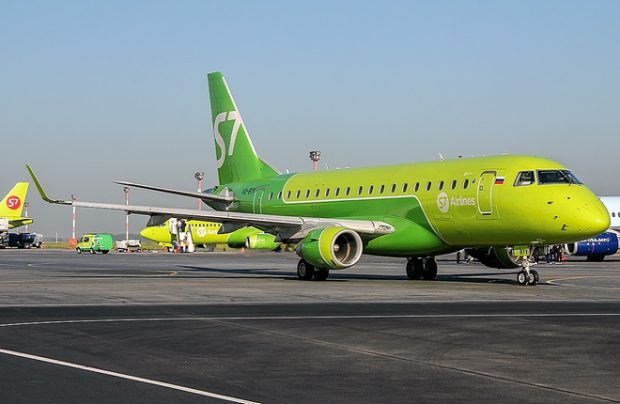 Currently, S7 is operating just 41 aircraft out of its 103-strong fleet (Tolmachevo airport)

Russia’s airline industry will require state support through the COVID-19 crisis amounting to at least US$5 billion (between 350 and 400 billion roubles) in order for it to return to its pre-crisis 2019 business levels, Vladislav Filev, the owner of the country’s largest private carrier S7 Airlines, has estimated in an interview with Kommersant business daily.

Along with that, Filev believes that the chances that the government will indeed allocate anywhere near this amount of money to the nation’s troubled airlines are scarce. He says that the degree of state commitment will depend on the levels of air services that the government will want to preserve – and whether it is fully committed to such intentions at all. Nevertheless, Filev insists there should be a level playing field for all industry participants and that this aspect should take priority over direct government support.

Earlier this month, Russian president Vladimir Putin proposed to the cabinet an allocation of 23 billion roubles (US$310 million) to airlines, which is some 15 times less than Filev’s estimate.

S7’s owner does not foresee that any of Russia’s largest carriers, including privately-run enterprises, will be forced to completely leave the market as a consequence of the on-going crisis. “The question is: what size will these survivors be?” he wonders, recalling the 2008 financial downturn in which his airline entered with 80 aircraft in its fleet and exited with just 38. “Airlines die when they run out of cash and the fuel stops coming,” he insists, not when they have to downscale or don’t produce profit. “After the 1998 crisis, Transaero shrank from several dozen aircraft to seven. In 2013, [prior to its demise] the [cash strapped] airline had 100 aircraft. It survived with seven aircraft, but not with a hundred.”

With a reference to the probable priority support the government will provide to state-owned companies, Filev believes that private carriers still have a chance of survival, “but the government needs to untie their hands,” he asserts.

Currently, S7 is operating just 41 aircraft out of its 103-strong fleet. But he points out that, on average, these 41 aircraft “fly once a day, instead of the five they used to.”

By April of next year the airline expects its fleet to have been significantly reduced – “but not by half”. The airline will continue to take new planes, though. “We cannot dump the contracts. Airplanes that are already under construction, we must get them,” he insists, adding that there is a serious number of [delayed] Boeing 737 MAXs [in the fleet modernisation plan]. “In this regard, we are lucky.”

Speaking about the combined traffic numbers of Russian airlines, he believes that without proper state support – once the crisis is over – the numbers will reduce from last year’s 120 million to 60 million passengers, below the 2012 level of 74 million passengers.

Asked when international air connections are likely to fully re-open, Filev forecasts April 2021. “Self-isolation [measures imposed by the Russian government] will lead to fewer people becoming infected, which means we won’t get the herd immunity. This, in turn, will provoke a second wave of the pandemic,” Filev believes, adding that governments would then respond with more restrictions to the subsequent outbreak. “So I think that global aviation will start to recover within one year from now,” he summarises.

In late March, the spread of COVID-19 forced Russia to close its borders and stop all international air connections, except for repatriation flights. According to the Russia’s International Airport Association, domestic traffic plunged by 95 per cent compared to the same period of last year. In early April the average seat load factor declined from 80.1 per cent to just 25.3 per cent.