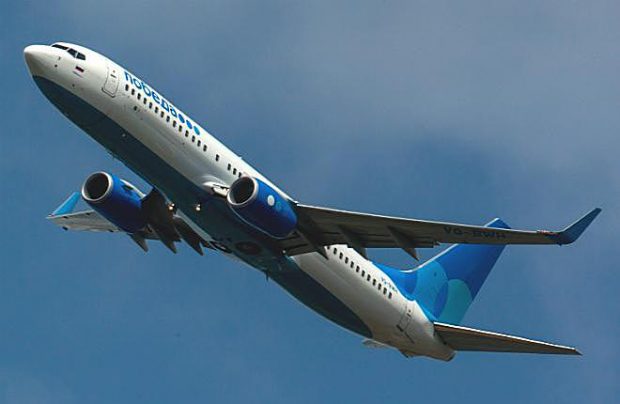 Pobeda, the country’s only low-cost carrier (LCC), increased the number of passengers carried by 44.7 per cent, the best result in the top five (Leonid Faerberg)

Russian airlines’ combined passenger traffic growth figures remain high, having increased by 12 per cent during the first half of this year. However, while the passenger numbers are good, the financial situation of the country’s carriers remains a concern.

The international sector, which was up by 18 per cent in the six-month period, was the major contributor to the growth rate, with domestic traffic growth performance demonstrating a more humble 8.1 per cent improvement.

In the first six months of 2019 Russian airlines carried a collective 57.7 million passengers, up 12 per cent year-on-year. Some 24.5 million – 42.5 per cent of the total – were served on international routes, as the numbers of international flights increased by 18 per cent. Domestically, some 33.2 million people were carried, up 8.1 per cent.

Aeroflot, which remains the country’s market leader having served 17.8 million passengers in the first half of the year, increased its passenger numbers by 9.7 per cent. In second place, S7 Airlines, which currently enjoys the best dynamics amongst Russia’s legacy carriers, improved by 15.1 per cent, with the privately-managed airline moving 5.97 million passengers in the period.

In a cautionary reverse in June, the dynamics of the country’s passenger traffic growth slowed down somewhat compared with that for the entire half-year figures, moving up by 9.9 per cent as the airlines served a total of 12.6 million passengers in the month.

Although Russia’s airlines have been enjoying a record high in the absolute growth of their passenger numbers, the financial situation continues to be of major concern.

In June, Russia’s Air Transport Operators Association estimated that the aggregate losses of the industry reached a record-high of 45.3 billion roubles in the first quarter. Between January and March 2019, carriers’ expenses grew faster than their revenues, with aggregate revenue increasing by 7.9 per cent whilst aggregate expenses rose by nine per cent. Market players and experts also point to the bankruptcies of one or more carriers.

According to experts, the accelerated growth of traffic on international flights may be a direct consequence of the relative strengthening of the Russian currency. Economists believe that 12 per cent traffic growth, along with a less than one per cent GDP growth, may be an indication of the airlines’ soft tariffs and possibly an increase of activity in the grey economy.