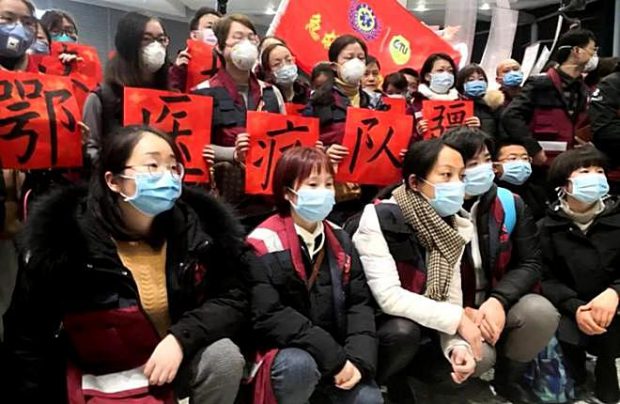 The coronavirus outbreak is now directly affecting Russia’s air travel market, as several Russian airlines have suspended flights to China. Those expected to take the hardest hit are airports and operators of wide-body aircraft.

Russia’s charter operators Azur Air and iFly were the first to announce the exclusion of Russian tourists from China, starting on January 27 for all their daily flights dedicated to bringing back thousands of Russian tourists from Hainan. As Russian travel agencies suspend their sales of travel packages to China, charter airlines are now likely to lose between 20 and 40 per cent of their business. “The released capacities will be redirected to developing flights to Colombo (Sri-Lanka), Santa Clara (Cuba) and Phuket (Thailand),” a spokesperson for iFly told Kommersant business daily.

Ural Airlines has already cancelled its scheduled services to China from Yekaterinburg and Tyumen. Other large airlines – S7 Airlines and Aeroflot, which serve Beijing and Shanghai from Moscow – are offering refunds for passengers wishing to cancel their flights.

Apart from direct scheduled and charter flights, the cancellations will also have a knock-on effect on transit traffic between China and Europe. Airlines specialising in incoming tourism are also preparing for losses, such as Nordwind, which has been operating charter flights for Chinese tourists from Guangzhou to St Petersburg and Irkutsk and, to mitigate the risks of spreading the deadly virus, has cancelled these flights after Russian travel agents suspended organised tours for Chinese groups. According to Russia’s border patrol data, in January through September 2019, some 1.3 million Chinese travellers visited Russia, which is roughly one third of all incoming tourists.

According to Russian Aviation Insider data, China has been one of the country’s top three most popular international scheduled destinations for the last several years. From 2014 to 2018, traffic between the two countries surged by 53.7 per cent, exceeding two million passengers, whilst charter traffic contributed an additional 500,000 passengers per year in the period. Now, China is likely to join three more countries with restricted Russian air connections – Egypt (except scheduled services to Cairo), Georgia and Ukraine (a complete ban on air travel).

In the CIS region, Ukraine’s SkyUp Airlines has announced plans to suspend services to China from February 3 and, in Kazakhstan, Air Astana is reducing the number of flights from Nur Sultan and Almaty to Beijing and Urumqi.