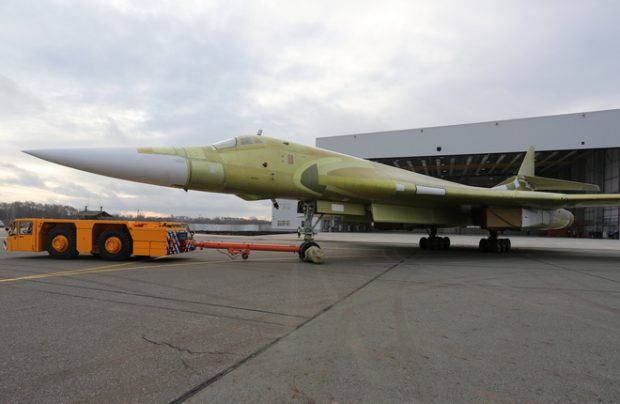 Contrary to the wishes of Russian president Vladimir Putin expressed last year, the Russian aerospace industry will not now be proceeding with developing a supersonic business jet based on the platform of the Tupolev Tu-160 strategic bomber, industry and trade minister Denis Manturov has told Vedomosti business daily.

According to his statement, a clean-sheet aircraft developed by United Aircraft Corporation (UAC) will cost twice as much as one based on its subsonic peers.

Russia’s aerospace research and testing expert Central Aerohydrodynamic Institute (TsAGI) and UAC have been conducting research and development on the supersonic programme since 2017 and have so far spent some 1.4 billion roubles (US$21.5 million) in the process.

According to Manturov, such an aircraft should seat between 16 and 19 passengers and offer a speed of between 2,000 and 3,000 km/h. “Making it fly at 1,500 km/h makes no sense. Today’s commercial airliners fly at almost 900 km/h, so who would want to pay twice [as much] for a supersonic aircraft, if the difference in speed isn’t so significant,” the minister speculates.

The plan is to develop and start testing a technology-demonstrator at some point between 2020 and 2022 – and then embark on the aircraft concept development up to 2026.

The idea to use the Tupolev Tu-160M supersonic strategic bomber as a suitable basis for a business jet originally stemmed from president Putin. But a year later, Manturov argues that such a project is impossible, because the task is not to “put a human into a capsule and transport it between two points in space breaking the sound barrier.” Besides, he says, the Kuznetsov NK-32 engine, which powers the Tu-160, does not comply with the requirements for commercial operators and won’t be the right size for a business jet. So the engine would have to be developed from scratch as well.

“Creating an engine for a supersonic passenger aircraft will, of course, take a decent number of years,” reasons Artur Mirzoyan of the Central Institute for Aviation Engines. “It would take between three and five years if we use the existing core as a platform. But if we want to build an optimal engine specifically for this plane, we would have to start from scratch and it would take no less than seven to 10 years,” he says.