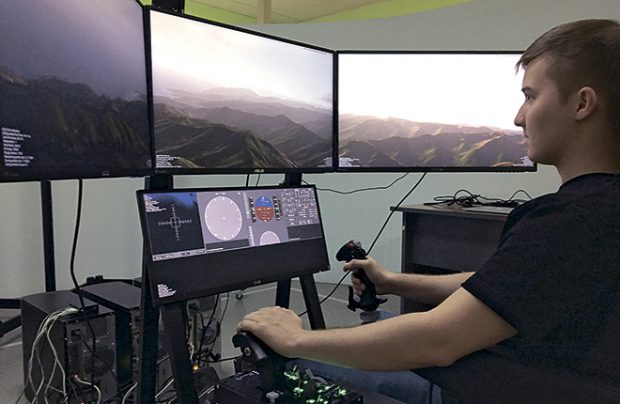 Tomsk-based Unigine Corp is presenting its new graphic platform, Unigine 2 Sim, at this year’s MAKS as part of a simulator for the Beriev Be-200 amphibious aircraft. The company is working on the software part of the simulator at its own initiative, with support from Beriev Aircraft Company.

The Unigine 2 Sim engine renders terrain based on actual geodata. For the Be-200 simulator, it recreates an area near Lake Baikal measuring 500 by 500 km. The engine’s terrain emulation ability is such that it can map areas of unlimited size, which can be used for high-speed flight simulations.

The company is currently at work to develop the software part of the Be-200 simulator. It is looking for partners to create a full-flight simulator, saying some hardware developers have already expressed an interest.

The visualization technology is already used in about a dozen aviation simulators, including one for the Bell 206 helicopter, which was a joint project with Canada’s CogSim Technologies. The simulator is located at Carleton University in Ottawa. Unigine is currently developing three visualization systems for simulators ordered by Russian customers.