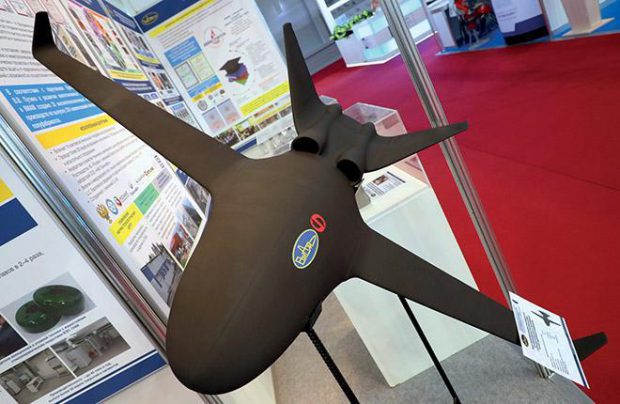 Visitors to this year’s MAKS air show will be able to see a VIAM (Russian Scientific Research Institute of Aviation materials) presentation of a prototype experimental twin-engine unmanned aerial jet vehicle (UAV), manufactured with the use of 3D printing technology.

The research centre’s press service told Show Observer, Russian Aviation Insider’s sister publication, that composites and epoxy binders for the UAV’s airframe have been developed at the institute. The main feature of the UAV is its power plant, the MGTD-20, which is a small-sized gas turbine engine that has also been 3D-printed.

VIAM and Russian Foundation for Advanced Research Projects, along with the Simonov Experimental Design Bureau, are currently jointly developing small-size gas turbine engines that produce up to 150 kg of thrust, using additive manufacturing technology. A prototype of the engine, weighing about one kg and producing 10 kg of thrust, was first presented at the MAKS 2017 event.

Last spring, VIAM chief executive Evgeny Kablov said that endurance tests of a small-sized power plant with a thrust of 12 kg had been completed, and its flight tests would be carried out on a new jet UAV, also designed by the Institute in the summer. He added that VIAM was the first organisation in the Russian Federation to implement such a project involving a 3D-printed jet-powered UAV. The institute’s press service has not yet specified testing dates.

In 2014, also for the first time in the Russian Federation, VIAM established the infrastructure for in-house additive manufacturing technology. Since then, more than 10 types of metal powder compositions for technologies of selective laser melting, selective electron beam melting and direct laser deposition have been developed. In addition, VIAM specialists have manufactured 3D-printed swirl vanes of the flame tube head for Russia’s all-new PD-14 engine to be used on MC-21 airliner. Today, all PD-14s are now equipped with these swirl vanes (more than 700 have been delivered).

Additive technologies will also be used in the development of the PD-35 advanced super-thrust aircraft engine. At the MAKS 2019 VIAM stand, parts of the advanced aircraft engine – a vane, a choke tube, and a tangential vane swirler manufactured with the use of selective laser melting technology – will be on show.