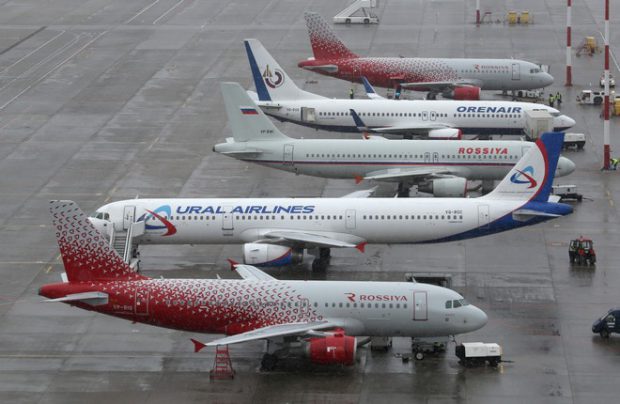 The total traffic of Russian airlines in February grew 18.3%, and not 16.7% as announced earlier this month by the Federal Air Transport Agency. According to the regulator’s updated report, the correct number of passengers served by the country’s carriers last month was 6.102 million.

The difference in dynamics between the international and domestic segments is more articulate in the load factor. Whereas on international flights it increased 4.9 percentage points to 82.6%, it actually reduced on domestic flights by the same figure, down to 68.4%.

The fact that the international traffic is growing faster than domestic is evidence of the air travel demand recovery, which plunged during the recent economic downturn. The growing popularity of international lines is linked to strengthening national currency and also to the fact that Russian airlines cut their capacities even faster than the traffic shrank.

In the first two months of the year the industry grew 19.3% to 12.739 passengers. The traffic of the country’s largest airline, Aeroflot, grew 13.7% while its closest rival — S7 Airlines increased its passengers by only 1%. Rossiya ranked third showing 142.6% traffic growth with the merged sister airlines factored in, or 24.3% without them. UTair grew by 25.3% and Ural Airlines – by 31.5%.