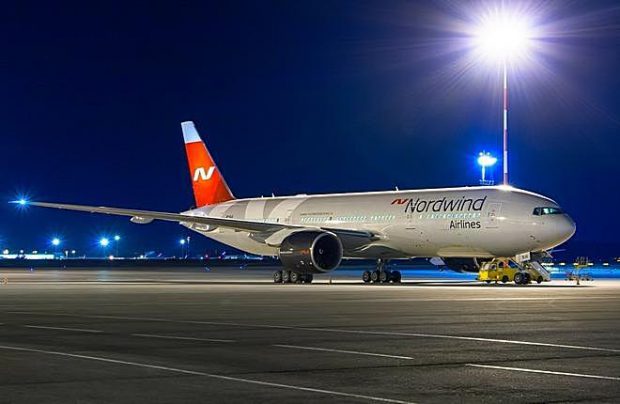 The airlines, all of which have lost their passenger traffic flows in the Coronavirus collapse, are now clinging instead to the emerging opportunities being offered by the reviving airfreight market.

Nordwind Airlines and Pegas Fly that, under normal circumstances, specialise primarily on leisure charter flights, have between them grounded a collective fleet of more than 30 narrow-body aircraft.

Both carriers placed their wide-body passenger airliner fleet to a new cargo-only use of transporting medical supplies from China to Europe. On April 5 Pegas Fly’s Boeing 767-300ER flew from Shi Jiazhuang (280 km from Beijing) to Tallinn in Estonia. According to public tracking services, three of Pegas Fly’s four 767s flew in April and, as of April 16, they have completed four freight missions to Estonia, Romania and France. The airline is not new to the freight business. Last year it carried 3,500 tonnes of cargo, a 167 per cent improvement year-on-year, ranking it in 20th place in the volumes of largest Russian freight carriers.

Its sister airline Nordwind started its first ever freight-only service using a Boeing 767-300ER on April 6 and has now operated 18 flights from China to Stockholm, Barcelona, Belgrade, Bucharest, Copenhagen, Ljubljana, Tallinn, Frankfurt and Lisbon. Last year, Nordwind transported 4,500 tonnes of freight in the cargo holds of its passenger airliners, a 20 per cent year-on-year improvement.

“Observing the moderate dynamics of the virus spread in Russia, we are cautiously optimistic and we are hopeful that the self-isolation regime will soon be waived, followed by the cancelling of restrictions on tourist travel to [Russia’s] Black Sea resorts, bans which are in effect until June 1,” spokesman Alexander Sukhorukov has advised Russian Aviation Insider.

“To continue paying our flight and cabin crews, we are keeping on searching for ways to utilise our Boeing 777s, including for freight transportation. This is a stop-gap measure, and we are not dismantling the passenger cabins so that we can return to the passenger market as soon as the situation eases in Russia and globally,” he adds.

Russia’s second biggest carrier S7 Airlines has also joined in the mission of transporting medical cargo shipments from China to Russia and beyond, as well as domestically. The airline made its first flight from Beijing to Novosibirsk on April 18 using cabins and the belly hold baggage compartments of its narrow-body passenger airliners. Another flight is scheduled from Shanghai to Moscow this week. The airline is using the sales capabilities of its sister company S7 Cargo, which also part of S7 Group. More flights are in the works.