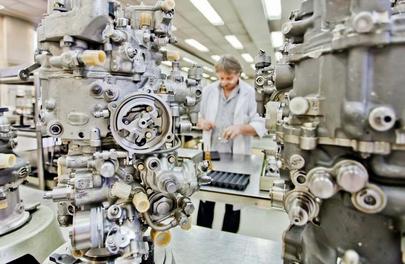 The Russian government has issued two decrees that explain exactly how it will compensate Russian aerospace OEMs for overhead costs associated with their entrance into international markets. According to these documents, the state will reimburse the expenditures for European and US certification of the manufacturers and their products. Producers of aviation instruments and units are eligible for compensation.

The funds will be allocated as subsidies that will cover half of the investments already spent. Every product may receive compensation only once. Applications should be submitted no later than June 30.

These measures are expected to “increase the volume of Russian production of aviation instruments, components, units and systems and to increase their share on the global market,” the document explains.

Compensations are in line with a state program approved in April 2014 that outlines the development of the aerospace industry from 2013 to 2025. In the program, the amounts of compensations and their terms are described in detail. For instance, from 2013 to 2021 the aircraft instrument-making industry should receive up to 500 million rubles (some 7 million dollars) annually. OEMs that design and build aircraft units could count on 190 million rubles annually until 2016. This number will decrease to 90 million rubles by 2018.