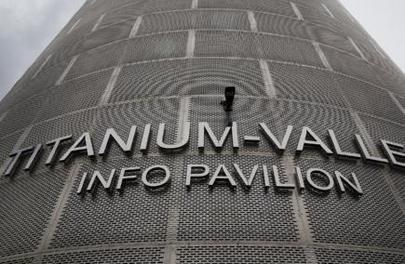 Yekaterinburg-based Ural Works of Civil Aviation (UWCA, part of Russia’s defense corporation Oboronprom) is considering launching a local assembly line for Bell and Airbus Helicopters rotorcraft, as well as for Aircraft Industries L-410 turboprops. The company estimates that in 15 years from now, by 2031, it will be building up to 54 airframes annually.

In May 2015, UWCA and Bell Helicopter signed a license agreement for the assembly of Bell-407GXP light single-engine helicopters. On December 17, UWCA announced it had received an approval for launching Bell-407 production. The helicopters are understood to be aimed at Russian aviation training schools.

Rumors of possible assembly of Airbus Helicopters models in Yekaterinburg, the capital of Russia’s Sverdlovsk Region, surfaced after UWCA signed a cooperation agreement with the region’s Titanium Valley special economic zone. Airbus Helicopters is not commenting on the project, but industry sources say this development implies local assembly of the airframer’s light twin-engine helicopters, and that the first kits will arrive at UWCA in 2016.

An umbrella agreement between UWCA and Czech-based, Russian-owned Aircraft Industries for Russian assembly of 19-seat L-410 turboprops was signed in June 2015. The final agreement, signed in November, which remain in force until 2035. It grants UWCA production license for assembling the L-410UVP-E20 version.

It is, however, still unclear which parts of the airframe the Czech OEM will be delivering to Yekaterinburg, or how the whole scheme will work. “This agreement outlines the legal framework within which the two enterprises will cooperate,” an Aircraft Industries spokesperson told Russian Aviation Insider. “We are still finalizing technical nuances and the relevant agreements. So we cannot say that in the future [Aircraft Industries] will not be building aircraft for our Russian clients.”

To proceed with all these projects, UWCA is planning to become a resident in Titanium Valley SEZ, one of Russia’s nine production-type special economic zones. Titanium Valley, 68.76% owned by the regional administration, was set up in December 2010 in Verkhnyaya Salda, where the Russian totnium producer VSMPO-Avisma is based.

Titanium Valley has reported its plan to file an application with the Russian government to launch the second stage of the economic zone development program, specifically in the interest of UWCA. An area of 100 hectares has been allocated for the manufacturer on the southern outskirts of Yekaterinburg, close to Uktus airport. “If the federal authorities approve our plan, that area will get its special economic zone status in the fall of 2016. After that, construction may start there,” said Titanium Valley press secretary Oksana Sergeyeva.

UWCA plans to use 6.5 hectares of the allocated land for the Bell, Airbus Helicopters and L-410 assembly lines, creating up to 228 jobs. By 2031, the new facility is expected to be building up to 500 aircraft, Titanium Valley estimates.