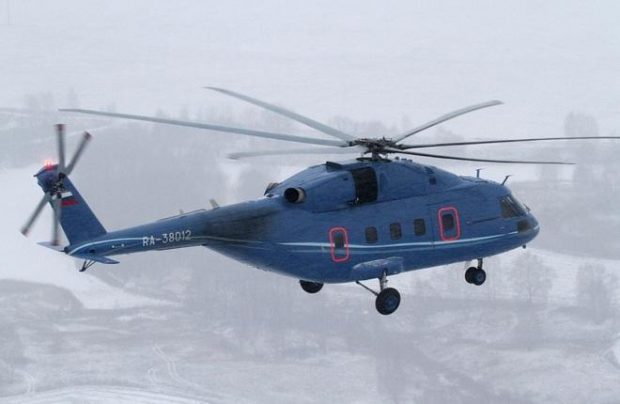 The Russian Defense Ministry has become the launch customer for the Mil Mi-38 medium multirole helicopter. Kazan Helicopters, the OEM and part of the Russian Helicopters holding company, has begun building the first aircraft for the military, to be delivered in 2018.

Russian Helicopters says the Defense Ministry will receive the Mi-38T military version, whose equipment differs from that of the baseline. These helicopters will incorporate exclusively Russian-produced parts; they will have an explosion-proof fuel system, extra fuel tanks for longer range, special communications systems, and maritime SAR equipment.

The first such helicopter will be flight-tested for compliance with the Armed Forces requirements. “Based on the test results, future Mi-38T purcrases for the Aerospace Force will be planned accordingly as part of the armament procurement program for 2018-2025,” a Russian Helicopters representative commented. “The Mi-38T transport version features enhances functionality and an expanded scope of applications. It could be used for developing specialized modifications, including for Arctic operations.”

At present, only the transport version of the Mi-38 is certified. RBC reported Russian Helicopters CEO Andrey Boginsky as saying at the Army 2017 forum earlier in August that there are currently no civilian orders for the Mi-38.

The plan is to certify the passenger version before the end of 2018. According to Boginsky, the Arctic and offshore versions may also be developed: “This is a matter of time, money, and the number of changes that will need to be introduced. We are trying to get [Russian] oil-and-gas companies interested.”