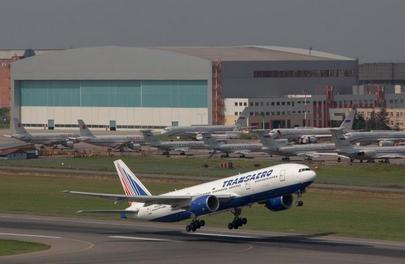 Due to the aircraft balance sheet cost being much higher than their fair market value, about $900 million will be lost on Transaero’s fleet alone (Photo by Transport-Photo.com)

As a result of the overestimation of the lessor’s aircraft, over one billion dollars will be written off the balance sheets of Russia’s largest leasing companies, the portfolios of which include some 150 aircraft. This was announced by CEO of Irish lessor Horizon Bizjet Sergei Koltovich during the international conference Aircraft Finance and Lease Russia & CIS that took place in Moscow on April 14.

Over 40 aircraft that were finance-leased to now-defunct Transaero are currently described as in a “deplorable state”, according to Koltovich. The CEO described a common situation—when the aircraft balance value is considerably higher than its fair market value—in the case of the Boeing 777-200, the balance value may amount to 50 million dollars, whereas the market value is at 15 million dollars. The difference between the two figures will be written off from lessors’ balance accounts as losses, and the average loss per aircraft being estimated at approximately 20 million dollars. Therefore, the lessor’s losses associated with Transaero aircraft alone will amount to about 900 million dollars.

Currently, foreign leasing companies are apprehensive about leasing out large numbers of aircraft to Russian carriers as a result of the situation with Transaero.

According to expert estimates, about 127 billion dollars will be required for financing new aircraft procurements in 2016. This figure will increase to 170 billion dollars by 2020. “We will need to raise about 830 billion dollars within the next five years. Up to 50% of the funds will be provided through lease companies,” stressed Sergei Koltovich.