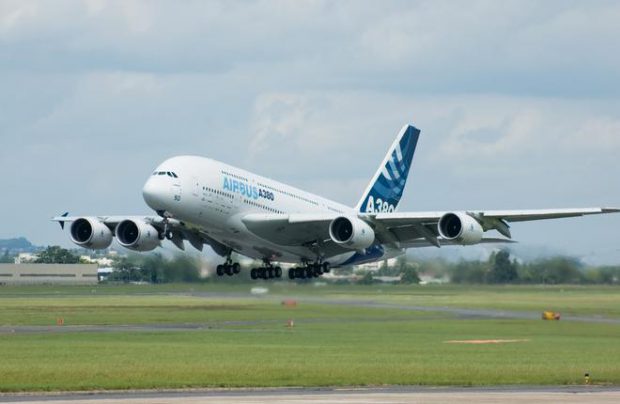 The company is unlikely to find a customer in Russia (Dmitry A. Mottl / Wikimedia)

Russian lessor VEB-Leasing is planning to sell its contract for four Airbus A380 superjumbos initially intended for now-defunct Transaero Airlines.

The company expects the buyer to be a foreign company, as there are no potential A380 operators in Russia, Vedomosti daily reports, quoting a presentation made at the VEB-Leasing supervisory board meeting on October 5.

The lessor is unable to give up on the order placed back in 2012, as it has already made a down payment of 13.8 billion rubles ($237 million). The total worth of the contract in 2012 list prices stood at $1.576 billion (or $1.75 billion today). Russian leasing companies Sberbank Leasing and VTB Leasing have confirmed they are not interested in the order.

Finding a foreign buyer will be quite difficult, as the A380 does not enjoy any significant demand on the market. Another problem is that the Russian lessor is under Western sanctions, so cannot negotiate deals with US or European companies. Nevertheless, VEB-Leasing could still sell the order to a foreign customer, seeing as most of the existing A380 fleet is operated outside Russia. As a possible alternative, the company is studying the possibility of converting the current order into a more popular aircraft type.

Transaero signed a firm order for the A380s in 2012. The carrier was to become the first operator of the type in Russia, the CIS, and all of Eastern Europe. The first airplane, seating 652 passengers in a three-class cabin layout, was originally to be delivered in the end of 2015, but the carrier ceased operations in October that year.

VEB-Leasing does not specify the revised delivery deadlines, saying it needs to find a lessee first, who is to define the desirable cabin layout.

Despite the fact that demand for the four-engined A380 is dwindling and production rates are slowing down, Airbus’s recent forecast suggests that the CIS might need around 20 such airliners in the next 20 years. There are no A380 operators in the region so far.