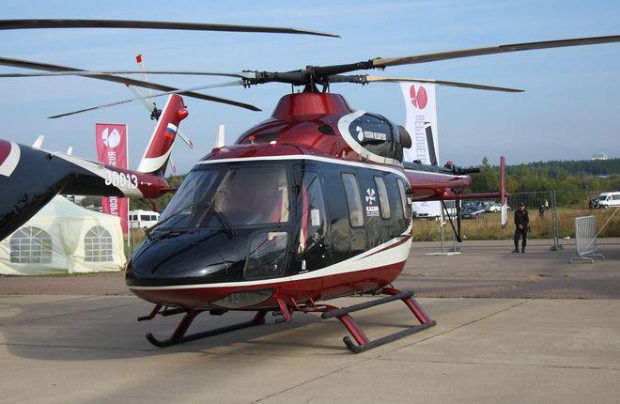 Of these, 31 are medevac helicopters destined for remote Russian regions (Doomych / Wikimedia.org)

Russia’s State Transport Leasing Corporation (GTLK) has signed agreements with domestic manufacturers for a total of 36 aircraft to be delivered in 2018.

Of this number, five are Polish-designed Let L-410 turboprops assembled in Russia by Ural Works of Civil Aviation (UWCA). The contract with UWCA is valued at 2 billion rubles ($33.9 million). Half of the sum will come from the fedral budget directly into GTLK’s capital, while the other half will be raised from external sources.

The sides struck a similar deal, for the same number of L-410s, in 2016. All five were delivered to the lessor this year. UWCA, which started manufacturing the 19-seat regional turboprops this year, has so far assembled nine airframes, and expects to build another 29 in 2018-19. All these aircraft have been ordered, UWCA says.

The remaining 31 aircraft are medevac rotorcraft. The lessor’s original letter of understanding with Russian Helicopters was signed at this year’s MAKS exhibition. The firmed-up contract involves 12 Kazan Helicopters Ansats, 13 Mil Mi-8AMTs, and six Mi-8MTV-1, all fitted with medevac cabins.

The government augmented GTLK’s capital by 4.3 billion roubles to enable it to buy the aircraft, and an additional 5.734 billion roubles is expected to come from private funds. Series production of the three types was launched before GTLK placed the firm orders. All the contracted airframes are scheduled for delivery by March 2018. They will be operated under a federal program aimed at fostering the development of medical aviation in Russia’s remote regions.

GTLK already has several contracts in place for delivering the contracted helicopters to their future operators, such as Russian Helicopter Systems, SKOL, AeroGeo, etc. Prior to the current contract, GTLK purchased from Russian Helicopters at least 29 Russian-made rotorcraft (23 Mi-8 family models and six Ansats) as part of the medevac program; all of these should have entered service by year-end.

GTLK and Russian Helicopters are operating under an umbrella agreement, which calls for the manufacturer to deliver to the lessor up to 64 helicopters between 2018 and 2020, which are later to be leased to operators.