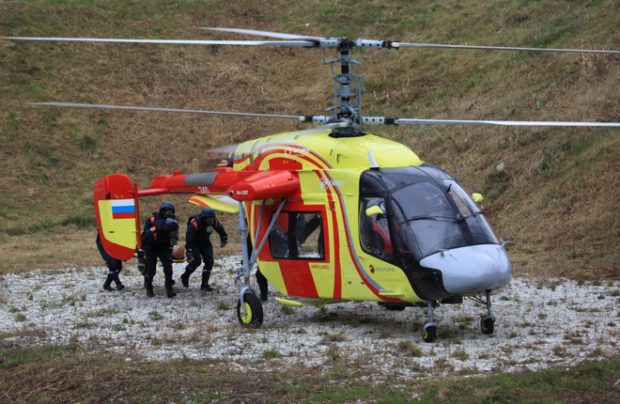 The Russian Helicopters holding along with the Iran Helicopters Support and Renewal Company (IHSRC) will carry out usability tests on its light utility Ka-226T helicopter, particularly in high temperature conditions. The testing will be done at the IHSRC’s facility.

This follows from a memorandum signed between the two parties at HeliRussia-2017, in May. The rotorcraft, which has already arrived at the Iranian facility, will continue high temperature tests through the end of August.

The tests are meant to demonstrate the Ka-226T’s capability of being operated at extreme temperatures of up to +50 degrees. “The testing of the Ka-226T in the extreme climatic conditions of Iran will make the helicopter even more attractive for potential operators not only in Iran, but also throughout the Middle East,” said Russian Helicopters CEO Andrey Boginsky. “We already notice great interest towards the helicopter in the region even now.”

Russian Helicopters is planning on meeting with IHSRC in September, after the conclusion of testing, for a conference in Iran for the promotion of the helicopter to potential customers.

The Ka-226T has already successfully been promoted to India, with a road map of serial production in that country already drawn up by both sides. 200 helicopters are on order to the Indian Armed Forces and deliveries to begin in 2019. The type is also already in use by the Russian military and has found use in the medevac market in that country.