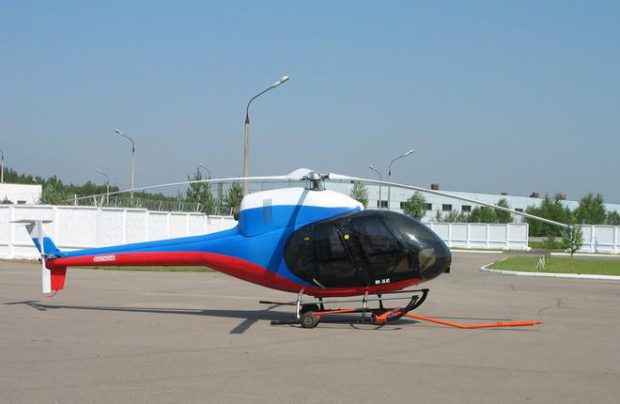 Russian Helicopters is making another attempt at breaking into the light rotorcraft segment, one of the most popular on the commercial helicopter market. The helicopter design and manufacturing company announced the specifications of a currently under-development new light helicopter that was unveiled to the public just last week. Serial production of the aircraft is set for 2020 or 2021.

According to a Russian Helicopters, work is already underway for the technical project. This year the company shall hand over requests for certification of the type — the new model is expected to be certified in both Russia and in other countries.

“For the holding company Russian Helicopters, this is a new segment of the market,” said the company’s general director Andrei Boginsky, “and therefore, we have a few tasks ahead of us: first of all, this means to create a product that is attractive to both commercial and private users. Secondly, it is to penetrate a new market, including Europe and the US, through certification of the helicopter in those countries.”

The maximum takeoff weight for the new model will be 1,600 kilograms, which will make it the lightest model on Russian Helicopter’s production line, a spot which is currently occupied by the Ansat and Ka-266 models that have a takeoff weight of 3,600 kg. The new helicopter will compete with foreign models of similar specs, including the Robinson R66, Airbus Helicopters H120, and the new Bell-505. It can carry up to five passengers or 730 kg of cargo a maximum distance of 760 km. It will have a maximum cruising speed of 230 km per hour and a maximum altitude 6,100 m.

The success of the new Russian model will depend heavily of the choice of engine. The producer has not yet named the engine manufacturer yet, but the assumption can be made that it will have to look abroad, since engines for light helicopters are not produced in Russia.

The new helicopter will clearly be made using a coaxial rotor scheme. Kamov in Russia has produced such helicopters for a long time, but Kamov chief designer Sergei Mikheev did not confirm that his company would be engaged in the new project.

This is not the first time the Russian manufacturer has tried to break into the light helicopter market. The first time was in 2009, when, as part of the modernization of the light Mi-34S helicopter, it was planned to create a version with a French Turbomeca Arrius 2F engine, which is currently in use on the H120 (with a similar 2G version being used on the Bell-505.) 2012 saw the launch of a similar project, a new light helicopter with a max take-off weight of 2.5 tonnes, a joint project with Italian company AgustaWestland. However, nothing else has come of either of the projects.

The main product intended for civil use produced by Russian Helicopters currently is the Mi-8/17, this a maximum takeoff weight of 13 tonnes.