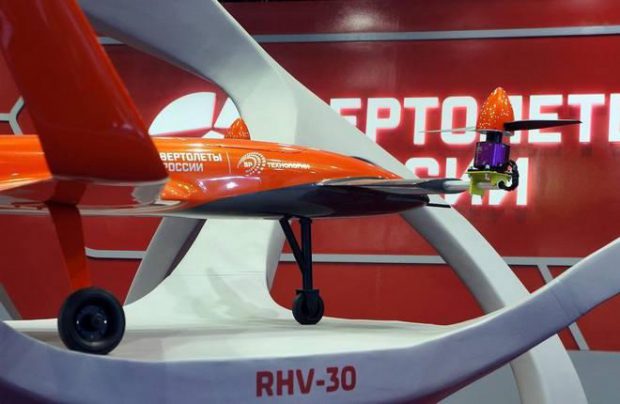 The VRT30 prototype is expected to fly in 2019 (Leonid Faerberg / Transport-Photo.com)

Russia’s VR-Technologies design bureau, part of the Russian Helicopters corporation, has embarked on developing Russia’s first electrically-driven tiltrotor craft with an MTOW of 1.5 tons. The company expects to build the first prototype by 2019.

The aircraft will be based on the VRT30 unmanned tiltrotor, whose experimental version was showcased at the 2017 MAKS exibition. It is currently in testing, and production is set to be launched in late 2018.

The partner in the tiltrotor program is a private company called SuperOks, a Russian producer of superconductor materials. At MAKS 2017, the partners agreed to cooperate on developing flying machines that would incorporate a high-temperature superconductivity technology. Using this in the architecture of onboard cable network would be beneficial for both weight and performance characteristics of tiltrotors, Russian Helicopters notes.

A tiltrotor UAV does not require a runway for operation, but it can hover and accelerate to high speeds in level flight thanks to its convertible rotors. It is also environmentally friendly due to low noise levels and gas emissions.