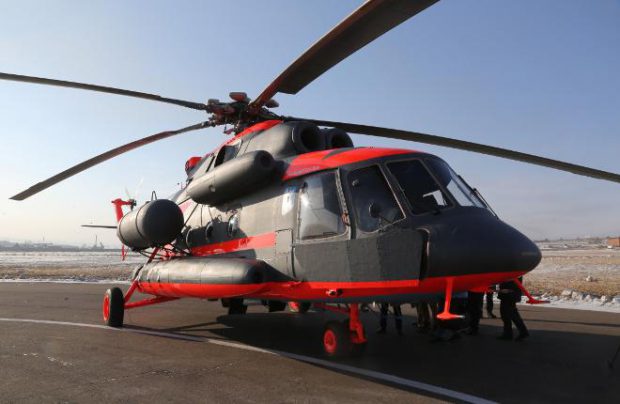 This Mil Mi-8AMTSH-BA rotorcraft intended for Arctic missions was among the aircraft delivered by the company in 2016 (Fyodor Borisov / transport-photo.com)

Russian Helicopters delivered 189 aircraft to customers in 2016, or 10.8% down from the 2015 level. General Director Andrey Boginsky says deliveries shrank due to the anticipated stagnation on the global rotorcraft market, which affected even the largest of the world’s helicopter producers. The deterioration of the company’s performance may also have resulted from the discontinued partnership with Ukrainian engine maker Motor Sich, Kommersant daily speculates.

Last year Russian Helicopters delivered aircraft to 13 countries. As follows from the company’s IFRS reports, Russian government agencies once again topped the list of its largest customers. The manufacturer’s backlog comprised 396 firm orders at the end of 2016, worth a total of 466 billion rubles ($8.63 billion). The backlog size had gone down 5.7% year-on-year, but its value had grown increased by 17.7%.

The company’s financial performance deteriorated in 2016 as compared to the previous year. Its revenue slid 2.5% to 214.360 million rubles; the profit plummeted 61.1% to 16.204 billion rubles, mainly due to the decline in sales. Helicopter deliveries generated 165.750 billion rubles, down 6.4% year-on-year. By contrast, revenues from maintenance and other services grew 18.2% to 45.304 billion rubles. The R&D profit shrank dramatically, generating just 491 million rubles or down 77.5% from the year before.