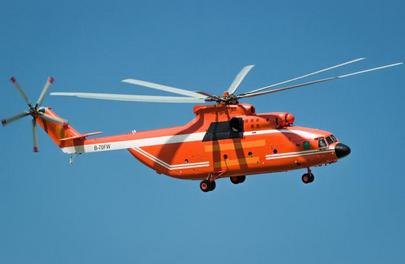 The rotorcraft will be operated in the interests of the forestry management of Shandong province. It is expected to start flying in July on fire-fighting missions and cargo and equipment transportation.

This helicopter is the last out of the two Mi-26TCs ordered by Lectern Aviation Supplies. The first one, in a fire-fighting configuration, was delivered to Harbin-based China Flying Dragon General Aviation, which operates in the interests of China’s forestry service. Two more helicopters of the type are registered in the fleet of QingDao Helicopter.

Mi-26 is the world’s largest serial built helicopter, champion in heavy-lifting, capable of transporting a weight of up to 20 tons inside the cabin or on its external sling.