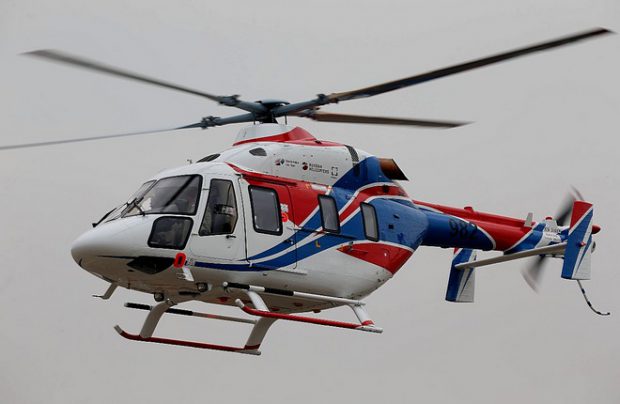 Russia’s rotorcraft monopoly Russian Helicopters wants to equip all its light helicopters with locally built engines. “We issued the technical requirements to UEC [United Engine Corporation] to develop engines for the Ka-226 and Ka-62 range of helicopters, which are currently powered by French Safran engines, and also for the Ansat light helicopter, which is currently powered by Pratt & Whitney Canada engines,” Andrey Boginsky, the company’s chief executive, has revealed in an interview with Vedomosti business daily.

He explained that there is no plan to prohibit the supplies of foreign engines for rotorcraft to be used by commercial operators, however “the logic itself shows that we need to move in this direction [towards equipping local helicopters with local engines],” he said. Currently, UEC does not produce engines of adequate power and performance. The Ka-226T is fitted with two 580-hp Arrius 2G1 engines from French company Safran, and the Ka-62 is powered by two Safran Ardiden 3G turboshaft engines, each producing 1680 hp. The smaller Ansat light machine is powered by a pair of Pratt & Whitney Canada РW-207K turboshafts, offering 630 hp.

Russian Helicopters has requested UEC to create engines similar to their western counterparts in terms of their power and weight/size parameters, as well as fuel consumption and price. The engines should be internationally certified to explore export potential.

Preliminary studies show that it is possible to create engines of the required power classes within an established time frame, UEC has confirmed to Russian Aviation Insider. “UEC has all the competencies to create [such] advanced engines which are comparable and can even exceed the world’s best analogues,” the engine corporation’s press office states. However, neither Russian Helicopters nor UEC have yet been willing to disclose a projected time frame for the creation of the new helicopter engines.