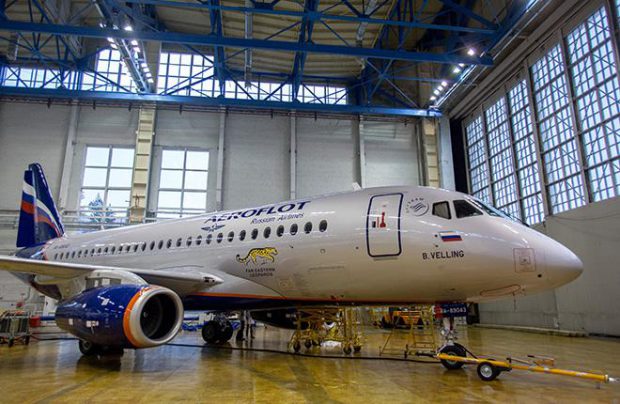 Manufacturers and MRO providers will be eligible for receiving refund for their investment into creating service centers (Photo by Leonid Faerberg / transport-photo.com)

Russian government has issued a decree, which guarantees reimbursement of expenses associated with creating a network of 24/7 service centers for Sukhoi Superjet 100 (SSJ100) and MC-21.

Although there is no indication of particular aircraft types in the document, the two categories it describes as eligible for a refund, match the new generation of Russian-made aircraft. The first of the categories is aircraft with seating capacity between 85 and 135 passengers and MTOW of 45-56 tons. The second is 135-211 seats and 65-80 tons, respectively. Another condition is that only those aircraft that were sold on the territory of Russia no earlier than January 2011, are fit for reimbursement.

The subsidies will be allocated on quarterly basis. They may be used for costruction, modernization or rent of facilities, purchase of equipment, tools, spare parts and other materials used in the maintenance process. Staff training expenses may also be compensated.

Up to 90% of the expenses in the form of interests on credits, in rubles or foreign currency, received from Russian banks or VEB corporation starting from January 1, 2015 will be reimbursed, and up to 50% of transport costs for transporting spare parts to where the aircrafе is based.

Read more about mc-21 aircraft on this page.

Maintenance is one of the most sensitive issues for SSJ 100 operators. The unofficially complain that the spare parts prices are denominated in foreign currency, which leads to exponential growth of maintenance costs. Long delivery times for the spare parts and components results in aircraft parked on the ground for extended periods of time.