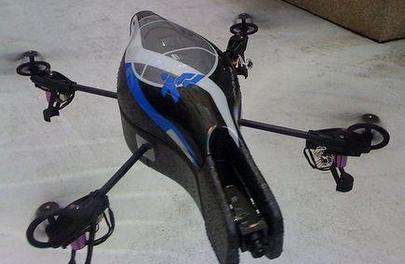 The bill passed its second and third hearings, reads a statement on the government’s official website.

The bill amends the Russian Air Code, introducing mandatory registration for all UAVs weighing more than 250 g. This implies that even children’s redio-controlled toys will need to be registered.

The measure  addresses concerns that UAVs may be used in terrorist attacks, chairman of the State Duma’s Transport Committee Yevgeniy Moskvichov said, as reported by the TASS news agency: “Seeing as we have no prior experience of enforcing [such a measure], we have set the lower weight limit at 250 grams. We will see how this works. If we see that the lower limit is set too low, we will raise it.”

A simplified registration procedure will apply to toy drones. Moskvichov thinks a non-government structure or a pubic organization could be put in charge of issuing such permits. The bill reads that any more serious UAV designs will have to be registered by a government agency.

As follows from the document, each registered drone should be fitted with a registration number, as is the case with aircraft. The UAV operator will effectively be designated as the pilot in command, will need to obtain an “external pilot” license, and will be responsible for the flight’s safety.

If approved by the Federation Council (the higher house of russian parliament) and signed into law by the president, the bill will come into force 90 days after its official publication.

Solid regulations regarding the use of drones are required due to the growing capabilities of commercially available UAVs. The current absence of such a legal framework impedes commercial UAV operations and raises the risk of their uncontrolled use.

A similar piece of legislation mandating registration of drones weighing between 250 g and 25 kg has recently been passed by the FAA; Europe’s EASA is working on an equivalent regulatory document.