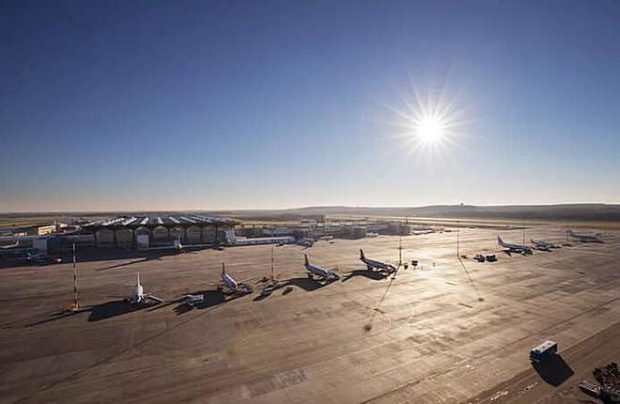 The Russian government has finally approved the allocation of 23.4 billion roubles (US$310 million) for the country’s airlines badly hit by the Coronavirus crisis. The bail out mechanism, initially suggested by president Vladimir Putin more than three weeks ago on April 15, although lacking in detail, is ready to be put into action.

Airlines and airports may collectively require an additional 30 billion roubles of support after July, according to an announcement by Evgeny Ditrikh, the nation’s transport minister, following a meeting with president Vladimir Putin on Thursday. The allocation of this amount will depend on the budget availability as well as the performance of the struggling industry in May and June. Thus, the total amount of state interference could reach a total of 63.5 billion roubles.

Nevertheless, observers believe that sum is many times less than is actually required. Vladislav Filev, the owner of Russia’s second largest carrier S7 Airlines, argues that if the government wants to preserve the industry’s performance at 2019 levels, it would need to inject much more, up to 400 billion roubles.

According to transport minister Ditrikh, April’s passenger traffic across all kinds of transportation plunged between 70 and 95 per cent.

What is clear is that not all airlines will be eligible for state funding. The financing, when broken down to a single passenger, represents 365 roubles per each individual ‘lost’ passenger, a figure much lower than the airlines’ actual losses between February and July, which these subsidies are designed to compensate. The size of the reimbursement has been calculated based on factoring in airlines’ payrolls, airport fees and payments to Russian leasing companies, revealed Vedomosti business daily, citing the scheme believed to be developed by Russia’s Ministry of Transport.

Industry experts note though, that without fuel costs (which amount to 30 per cent of all operational costs) and payments to foreign lessors (which between them lease some 500 airliners to Russian operators) the amount falls far short of the actual costs. For instance, Alexander Fridland, director of the research centre at State Scientific Research for Civil Aviation, assesses the compensation to be equal to just 3.5 per cent of the entire industry’s actual lost revenues.

Even so, only those airlines that have continued operations and have not laid-off more than 10 per cent of their flight and cabin crews will be eligible for the state help. This appears to disqualify such airlines as Nordwind and Pegas Fly, charter carriers Azur Air, Royal Flight and IFly, and even Aeroflot’s low-cost subsidiary Pobeda Airlines, from the eligibility list for state help, as they all curtailed operations in April.

Among other support measures, the government is also considering permitting airlines to avoid reimbursing passengers with cash for their unused tickets, but instead to be allowed to issue vouchers that can be used subsequently to purchase airline tickets.