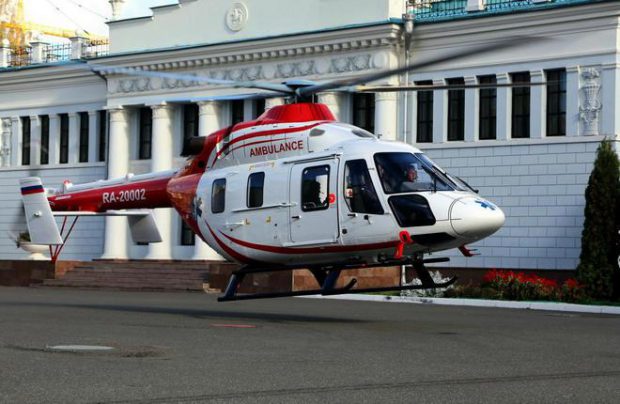 The Russian government will allocate up to 3.3 billion rubles ($55.6 million) from the federal budget this year to develop air ambulance services in the country’s 34 remote regions. The respective decree was signed on January 28, and the funds should reach recipients no later than mid-May. Starting from 2020 all regions will have to finance these services from with their local funds.

The allocated subsidies from the federal budget may cover up to 87% of the total costs associated with setting up medevac services. The amount of financing will depend on the region – the largest amount of 402.897 million rubles went to Yakutia, in East Siberia, whereas Perm region, in the European part of the country, got the smallest share of 15.53 million rubles. There’s no information as to how much money would be raised additionally by the regional administrations.

This year, no later than by the end of November, at least one helipad attached to a hospital would be constructed in each of the participating regions. This project is realized jointly with the local businesses, which are expected to contribute up to 340 million rubles.

An amount of 3.3 billion rubles for developing medevac project will be reserved in the budgets in 2018 and 2019 as well, but it may be corrected.

State Transport Leasing Company (GTLK) is in the core of the project. In late 2016 the lessor placed an order for 31 rotorcraft with Russian Helicopters, including six Ansat light helicopters in medevac configuration. At least one Mi-8 will be engaged in the project as well, and fly in Chukotka. The lessor is expected to offer favorable leasing rates for the aircraft.