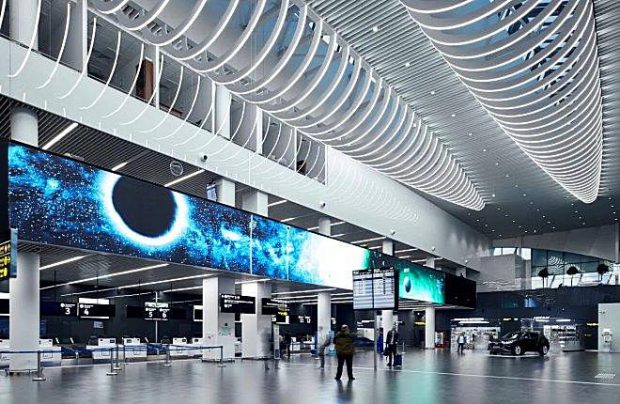 The Russian government has added the three key airport holdings that manage the country’s largest regional airports to the list of ‘strategic enterprises’, companies which are officially recognised as having critical social significance and which can count on state support, such as guarantees for investment projects, loans with reduced interest rates, debt refinancing and other support measures.

With the current restrictions on international air travel and the general drought of passenger flows due to emergency coronavirus quarantine measures, the country’s 30 biggest airports have already lost some 75 per cent of their expected traffic compared to end of March last year, according to the Russia’s International Airport Association. Their financial losses are already estimated at between 50 and 60 billion roubles.

According to Izvestia outlet, the state committee for sustainable economic development has composed a list of some 650 companies from different industries, which may expect to receive priority support from the state. The previous list, made up in 2015, had only 200 companies. Apart from Russia’s four largest airports – Moscow’s Sheremetyevo, Domodedovo and Vnukovo, and St Petersburg’s Pulkovo – the new version of the document now includes the three Russian-oligarch-owned airport holdings which manage the bulk of the country’s larger regional airports.

They are Novaport, which is owned by Roman Trotsenko, and which runs 16 airports, including Novosibirsk, Mineralnye Vody, Kaliningrad, Volgograd, Chelyabinsk, Barnaul, Kemerovo, Tyumen, Astrakhan and Murmansk; Airports of Regions, owned by Viktor Vekselberg and which manages Yekaterinburg, Samara, Nizhniy Novgorod, Rostov-on-Don, Saratov, Petropavlovsk Kamchatskiy and Novy Urengoy; and, finally, Basel Aero, part of Oleg Deripaska’s Base Element, which has the three airports of Sochi, Krasnodar and Anapa in its portfolio.

Notably, the state-run, advanced technology corporation Rostec-supported Zhukovsky airport does not appear on the list.

Russia’s largest airlines — Aeroflot, Pobeda, Rossiya (all three are part of state-owned Aeroflot Group) as well as privately-run S7 Airlines, Ural Airlines, Utair and freight specialist Volga-Dnepr are all on the list.

Latest figures show that the complete ban on international air travel imposed by the Russian government on March 27, as well as the restrictions on movements within the country which came into effect on March 31 to mitigate the spread of Covid-19, have all experienced reduced air traffic to unprecedentedly low levels. In the meantime, more than two thirds of Russia’s regions have imposed quarantine measures thereby crushing the domestic travel market.