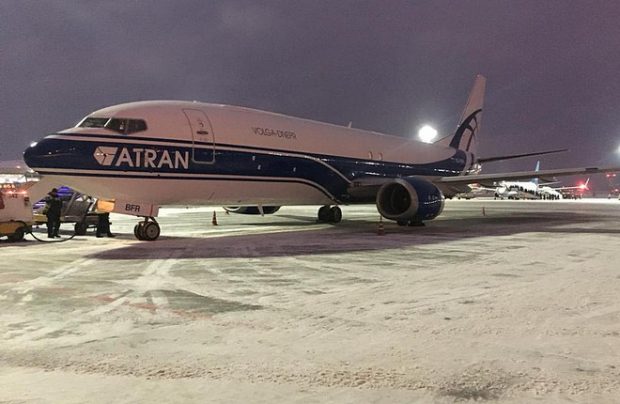 Atran Airlines, the Russian scheduled air express cargo carrier within the Volga-Dnepr Group, has marked the start of 2019 by taking delivery of a Boeing 737-400BCF, enlarging its fleet to four of the narrow-body Boeing freighter families.

The additional aircraft will support the Moscow-based carrier’s growing volumes, especially e-commerce shipments, which now constitute a major part of Atran’s traffic, the airline says. The B737-400BCF is capable of carrying up to 23 tonnes within a flight range of 3,700 kilometres and will be deployed on existing routes between Russia, the CIS and Europe and will guarantee dedicated airlift for mail and express goods.

“The Boeing 737-400BCF forms the backbone of our unified fleet and is ideal for mid- and short-haul distances thanks to its characteristics and technical capabilities,” states Dmitry Obsharov, general director of Atran.

Atran’s enlarged fleet will facilitate the cargo growth of Volga-Dnepr Group, which consists of Volga-Dnepr Airlines, AirBridgeCargo Airlines and Atran Airlines, as well as its closely associated UK-based CargoLogicAir. The companies provide a range of diversified logistics solutions to customers with various types of cargo, ranging from oversized and super heavy to pharmaceuticals products, live animals, dangerous goods and e-commerce shipments.

Atran Airlines, established in 1942, was acquired by and joined the Volga-Dnepr Group in 2011.