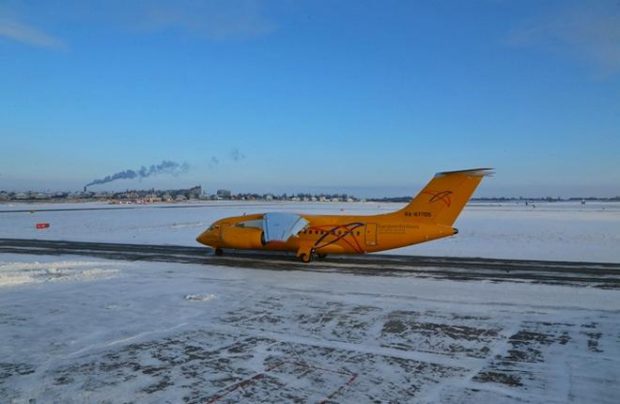 Russia’s Tranport Oversight Agency (TOA), also referred to as Rostransnadzor, has issued a directive suspending operations of Antonov An-148 regional jets in the country. Agency head Viktor Basargin commented that the regulator has found certain issues with the type, including those related to the Ukrainian manufacturer Antonov, TASS newswire reports. Rostransnadzor has also ordered Saratov Airlines to suspend operations of its entire fleet.

Neither the agency nor the carrier has responded to Russian Aviation Insider’s queries. Basargin earlier said inspections had revealed flaws in the airline’s flight safety oversight and a general lack in the operator’s safety culture. However, the Federal Air Transport Agency (FATA) had not required the grounding of An-148s.

In a March 20 statement, Saratov Airlines said the airline was “continuing operations” of the remaining two aircraft types in its fleet: the Embraer E195 and the Yakovlev Yak-42.

Saratov Airlines’ air operator’s certificate is valid until April 27. By that date the carrier has to rectify all of its shortcomings as identified in a conclusion made by FATA following an inspection in the aftermath of a fatal accident involving one of the airline’s An-148s in February this year. The conclusion does not mention grounding as a possible option.
An-148s are operated by just one other Russian commercial carrier, Angara Airlines.